Even if the jury is still out comparing the environmental impacts and carbon footprints of cloth vs. disposable nappies, it’s clear that standard disposables are a landfill problem.  As in, a space problem if nothing else.  Being a petroleum-based product, they pose other problems as well. 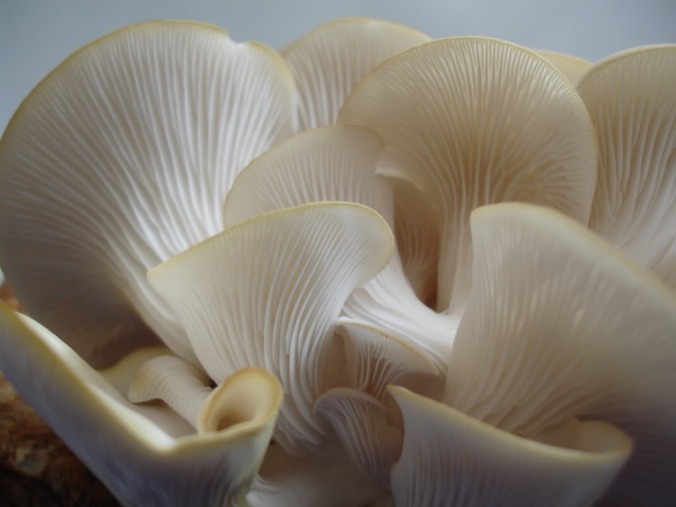 But since the main component of these stubbornly indispensable items is cellulose,  and mushrooms are nature’s cellulose-eating machines, Mexican scientist Alethia Vázquez-Morillas of The Autonomous Metropolitan University in Mexico City has found a solution.

…cultivating the right type of mushroom on soiled nappies can break down 90% of the material they are made of within two months. Within four, they are degraded completely. What is more, she says, despite their unsavoury diet the fungi in question, Pleurotus ostreatus (better known as oyster mushrooms), are safe to eat. To prove the point she has, indeed, eaten them.

Using the byproduct of this process might not be viable due to the environmental and economic costs of steam cleaning the nappies prior to inoculation with Pleurotus ostreatus mycelia.  But even if the end-product never makes it to market the myco-remediation process will still serve a great purpose by biodegrading something that would otherwise take centuries to disappear.

Diapers are a taboo topic for some, and mushrooms have a long taboo reputation of their own; maybe two taboos, in this case, can right a wrong?