You see them everywhere you go in India: buildings crumbling, their bricks and mortar moldering and turning to dust over the decades. Paint peels, debris accumulates, industrious plants creep surreptitiously along the gritty terrain until before you know it, a small forest occupies the ruins where Uncle Kumar’s tea shop once stood. But that’s urban decay. I like to call the process itself urban deterioration – the point at which the elements’ progress is visible, and still reversible, but steadily inching towards, for all intents and purposes, the end of a small bit of civilization.

It isn’t necessarily ugly. Once humans intervene, converting empty husks of abandoned buildings into impromptu landfills, it becomes an abomination – an immediate conflict between civilization and the world. As nature attempts to reclaim the unheeded structures, the irresponsible throw a metaphorical monkey wrench in the gears of time, loading up the convenient concrete receptacle with garbage, mostly of the oil-based persusasion. And as we all know, plastic does not decompose, unlike bricks and concrete.

I can imagine a “before/after” shot of most buildings in Fort Kochi. Walking today, even through the nicer part of the historic town, several abandoned buildings demanded my attention as I meandered along the sidewalk. As I stared them down, I could almost see what they had looked like years ago; fresh paint, the laundry out drying on the balcony, and a happy family living within. Today, thousands of buildings slowly spiral into a beautiful mess.

An interesting project to demonstrate the beauty of time would be, unsurprisingly, a timelapse video. The elements’ progress is slow, but the product would be worth the wait; even a still photograph of paint peeling is beautiful, in its own way. 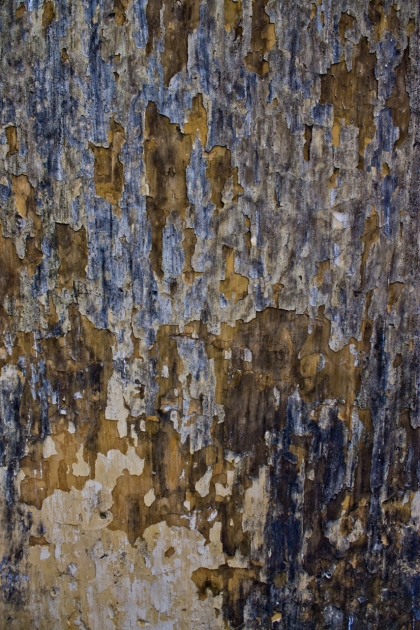