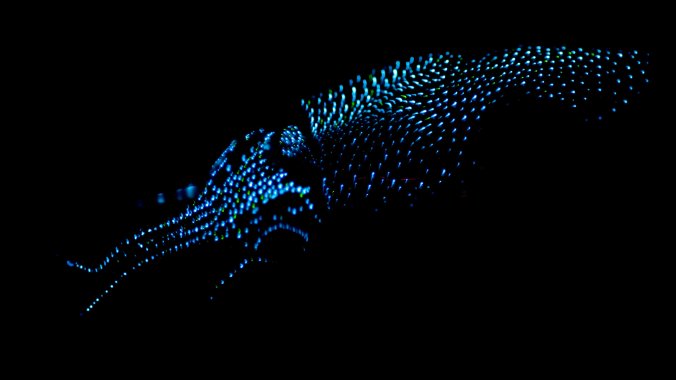 A firefly squid in Japan. The best time to see them is between March and June. Credit Michael Ready/Visuals Unlimited, Inc., via Getty Images

It is Science section day in the New York Times, and this story doubles as a travel recommendation:

Hop on a fishing boat in Toyama Bay, Japan, in the wee hours of the morning and you may feel as if you’re in a spaceship, navigating through the stars. That’s because each year, between March and June, millions of firefly squid transform the water into a galactic landscape. Lucky for you, all you need is a reservation to come aboard, your eyes and perhaps a really good camera.

The firefly squid may bring to mind a lightning bug. But the cephalopod is three inches long and flies through the sea, not the sky. And instead of a single light on its belly, it has five around each eye, three each on the tips of two of its arms and even more covering its body. 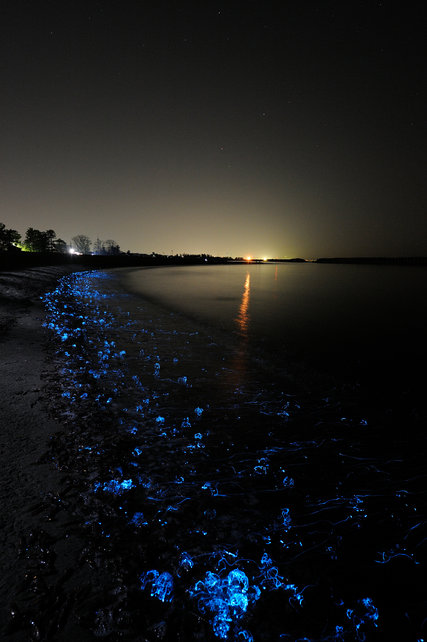 A beach off Toyama Bay, Japan, covered in firefly squid. The species lives for a year and dies after reproducing. CreditBrian J. Skerry/Getty Images

The firefly squid creates light via a chemical reaction inside its body, the same way a lightning bug does. The process involves wrangling together the dynamic duo of bioluminescence, two substances called luciferin and luciferase. Luciferin sits around waiting for luciferase, an enzyme that triggers luciferin to do what it does best — make light.

Up close, each squid looks like its own constellation of green and blue stars. Together, they form a bright blue nebula of bioluminescence, which is quite clear when the squid emerge from 1,200 feet during the spring to spawn. Firefly squid only live for a year. After making babies, they die.

Why the firefly squid glows is not precisely known. Theories range from attracting mates to deterring predators, but aren’t totally convincing…

One thought on “If You Happen To Be In Japan”