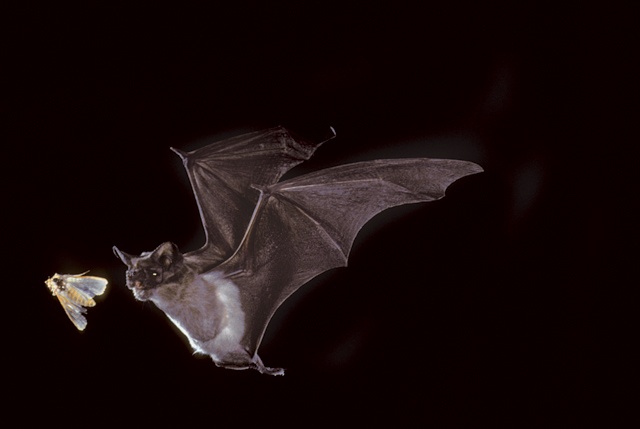 Chan Chich is home to an array of wildlife, and coming from Arizona, many of the tropical mammals, birds, and insects are new to me. It isn’t surprising that this lodge attracts environment-enthused guests, currently two professors who study bats. Doctors Patricia Brown and Bill Rainey were kind enough to put together a miniature lecture about their bat research for the other guests and students last night.

Throughout their research, the Doctors’ goal is to change the human perspective on the creature from Dracula-esque to eco-systemically vital. This talk couldn’t have had better timing; Emily and I found two bats near our cottage the night before and knew next to nothing about them.

Even though there are 28 species of bats in Arizona, prior to the lecture, the extent of my bat knowledge was that young Bruce Wayne developed a phobia of them after falling into a well. My understanding of the creature has now expanded to the non-fictitious.

Belize and the rest of the New World are home to microbats, or the smaller variations of the mammal. Microbats, scientifically called microchiropteras, constitute for 80% of the 1,300 species of bat. Aside from their small relative size, these are characterized by their use of echolocation and wide variety of eating habits. Whereas macrobats only feed on fruit and nectar, the numerous species in Belize can feed on insects, fruit, nectar, meat, and blood. (The doctors were quick to point out that the bat colonies around Chan Chich do not include the Desmodus rotundus, i.e. Vampire Bat.) Bats are also the only mammals truly capable of flight. (Sorry flying squirrels, you glide.)

Dr. Brown also explained the countless threats to bats, and I was extremely surprised to see renewable energy on the list. Apparently, wind turbines have increased human-influenced fatalities; hundreds of thousands of bats die annually due to collision with the wind turbine blades. To reduce the number of deaths, it is suggested that wind power companies conduct a more rigorous site analysis in an attempt to locate wind farms away from bat migratory routes.

I think this willingness of guests, who are on vacation, to educate others on the nature and culture of the region is a great testament to the community here at Chan Chich Lodge. Since my time here, there have been lectures on archeology, ancient Mayan tools, uses of obsidian rock, forestry in Gallon Jug, and jaguar research in the region. This site attracts archeologist students, birders, and nature fanatics that share the common bond of appreciating Belize’s natural patrimony.