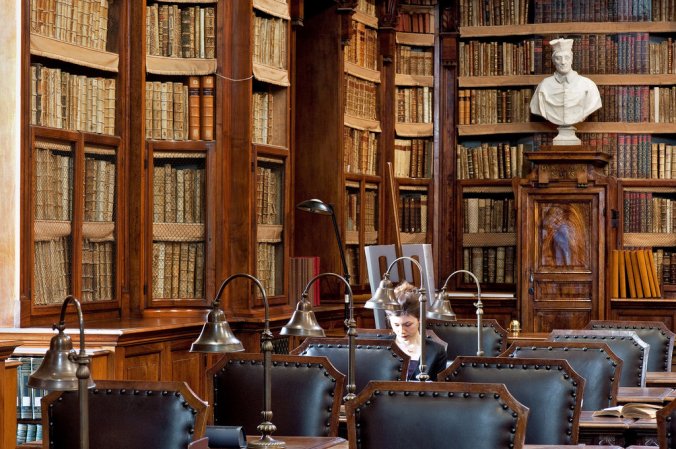 The Biblioteca Angelica in Rome holds the first volume of Cicero’s “De Oratore” that was printed in Italy, in 1465, and a precious early edition of Dante’s “Divine Comedy.” Credit Susan Wright for The New York Times

If you share our interest in unusual archives, including phenomenally personal museums as well as generally public libraries both near and far, all serving as cabinets of curiosity then you might join us in thanks to David Laskin for this welcome bit of travel advice:

The Hidden Treasures in Italian Libraries

In Florence, Rome and beyond, these buildings are a feast not only for book lovers, but for art and architecture enthusiasts as well.

In the madness of late spring at San Marco Square in Venice, amid the hordes pouring in from land and sea, hard by the hissing espresso machines and sizzling panini presses of overpriced cafes, I found the still point of the turning world.

I found it in the library.

It was 10 in the morning and I was standing, alone and enthralled, on the second floor balcony of the Biblioteca Nazionale Marciana. Across the Piazzetta rose the Doge’s Palace. At my feet, tourist insanity. At my back, an immense, hushed, empty reading room designed by Jacopo Sansovino and decorated by Titian and Veronese.

Why go to the library in Italy when all around you there is fantastic art, exalted architecture, deep history and intense passionate people? Because, as I discovered in the course of a rushed but illuminating week dashing from Venice to Rome, Florence and Milan, the country’s historic libraries contain all of those without the crowds. 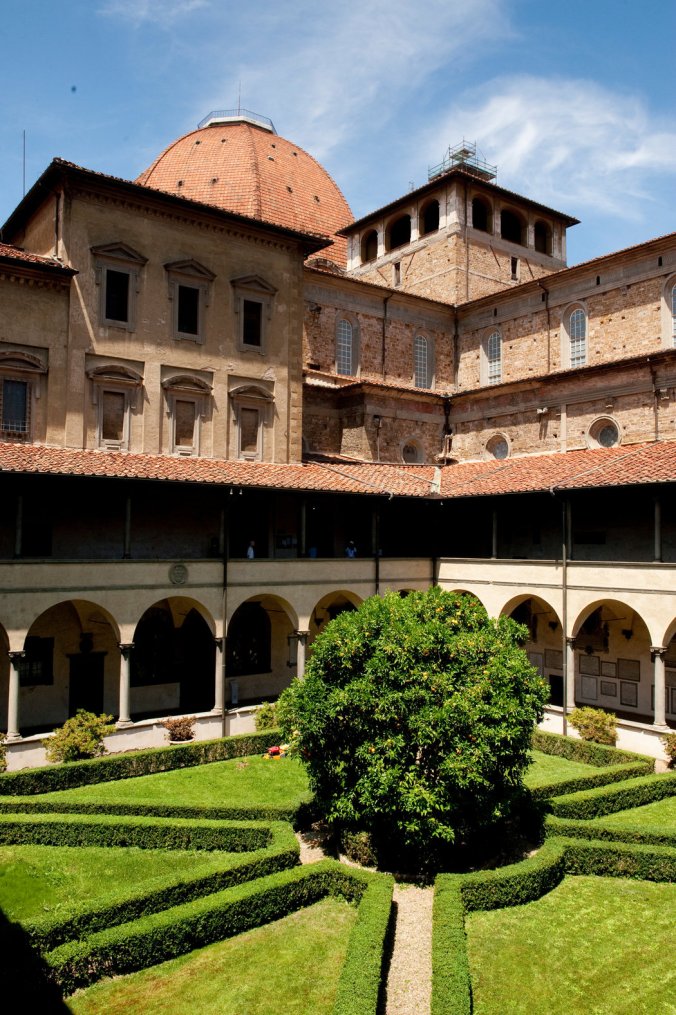 The cloister of the Church of San Lorenzo, Biblioteca Medicea Laurenziana, in Florence. Credit Susan Wright for The New York Times

Accompanied by my friend Jack Levison (a Bible scholar at Southern Methodist University who was in Italy to study ancient manuscripts), I hit six libraries in a literary Giro d’Italia. Not once were we shushed or told not to touch.

Carlo Campana, the librarian on duty in the Marciana manuscript room when we arrived, was typical in his affable erudition. Bald, voluble, with a pirate’s flashing grin, Mr. Campana left his post to take me on a quick tour of the library’s monumental public rooms.

“The Marciana was built here as part of the 16th-century project to create a triumphal entry to the city from the lagoon,” he said, joining me on the balcony off the “salone,” Sansovino’s palatial reading room. “Situating the library in the most important place in Venice reflects the prestige of the book in the culture of the city.” Knit seamlessly into the architectural fabric surrounding San Marco, the Marciana was hailed by Palladio as the richest and most ornate building “since Antiquity” when it opened in 1570…