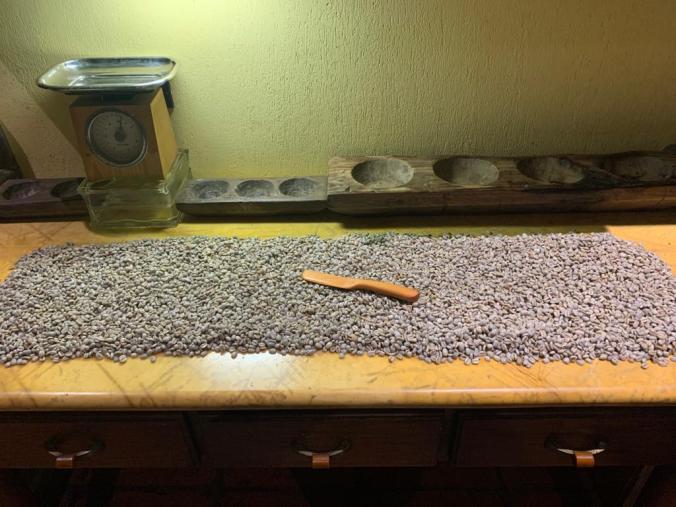 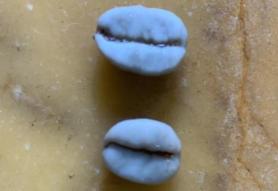 As we prepare to plant coffee Amie and I yesterday completed washing 14,000 beans, give or take, from the most recent harvest of coffee from this land where we live. As big as that number sounds, it is just a few pounds of green beans, picked from several trees that have held on over the years. 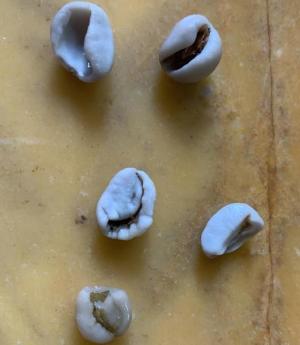 In previous years this would provide a month’s drinkable coffee, but this year we will germinate the beans instead. We selected the fully formed, unbroken beans like those above, separating out the small percentage of broken or misshapen beans like those to the right. After germination, by August we expect to have between 3,000 and 4,000 viable seedlings we will keep in a nursery. One year from now those will be saplings ready to plant in the ground.  We are approaching this task traditionally, by hand, sight of eye, and a few simple analog tools. 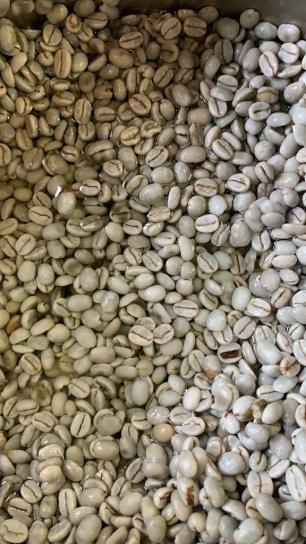 This morning we will dig holes for the first of the shade trees going onto that land where the coffee will be planted. But first, the news. The best I could find, for motivation, involves a man temporarily in New York City, working in a museum. His work, and the exhibition he is tending to, provides me context for the countryside as it still is for many coffee farmers here, and the technology transforming the countryside for future generations. Already plenty of coffee farmers are using technology as advanced as that of the tomato man in the story below. Without romanticizing the hard labor of traditional coffee farming, the work we are doing makes me more appreciative of the coffee farmers we source from. Thanks to Elizabeth A. Harris for this story:

The Museum Is Closed, but Its Tomato Man Soldiers On

Although the Guggenheim’s “Countryside” show was shuttered by the pandemic, its crop of cherry tomatoes is still growing, and feeding New Yorkers. 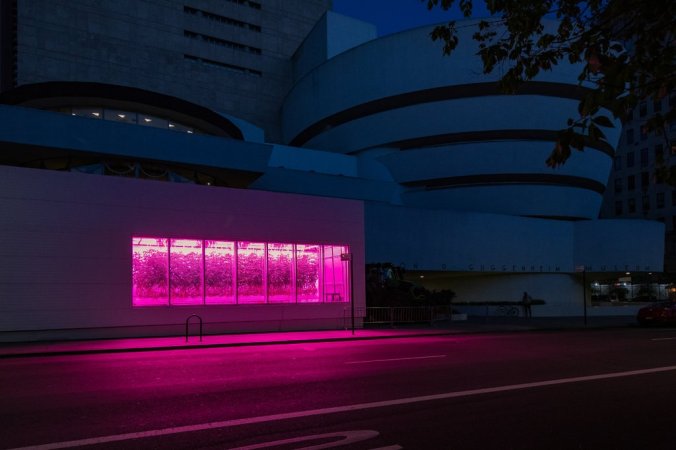 In the evening, the light from the exhibit casts an alien glow onto Fifth Avenue. Jeenah Moon for The New York Times 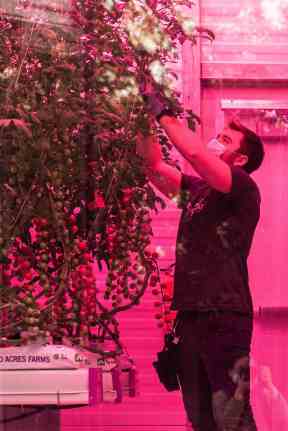 David Litvin checks the tomatoes growing outside the Guggenheim Museum, where he is one of the few people who show up each day for work. Jeenah Moon for The New York Times

The halls of the Guggenheim Museum are pretty quiet these days, with mostly just its ghosts and some security guards as company for the art.

Oh, and there’s the guy who takes care of the tomatoes.

David Litvin, an indoor crop specialist, tends the plants in a temporarily shuttered exhibition, “Countryside, The Future.” He moved to New York from Tel Aviv in February, along with his wife, Stefanie, and their Dutch shepherd, Ester, with a plan to stay six months harvesting the Guggenheim tomatoes. He was going to see the city, too.

The museum has been closed since March 13, but Mr. Litvin still walks across Central Park every day around noon from his rental on the Upper West Side to tend to his flock. “When you grow tomatoes on Fifth Avenue, you want to have the perfect tomatoes, there’s no room to mess up,” he said. “If I have ugly plants, I’ll hear it from the neighbors.”

These days, you can’t visit the mummies at the Metropolitan Museum of Art or soak in “The Starry Night” at the Museum of Modern Art. But you can still stand in front of the Guggenheim and get a good look at a thicket of cherry tomato vines and a really big tractor.

The tomatoes, housed in what looks like a radioactive shipping container on the sidewalk, were on view as part of the exhibition for just three weeks before the city folded in on itself. But they’re still growing, their vines snipped every Tuesday and donated to City Harvest, at least a hundred pounds at a time.

“This tomato-growing module couldn’t just be turned off with the lights,” said the Guggenheim curator Troy Conrad Therrien, who organized the exhibition with the architect Rem Koolhaas, and Samir Bantal of AMO, the research arm of Mr. Koolhaas’s firm. “We brought the exhibition to the street, and the street is still accessible.”

The tractor is a top- of-the-line Deutz-Fahr 9340 TTV Warrior. It has a computer in the cab, can lift more than 26,000 pounds and looks completely out of place on the Upper East Side. But the tomatoes look nice there. The shed’s color matches the Guggenheim’s bone-white facade, and neat rows of vines — along with Mr. Litvin, when he’s there — are visible through a plate-glass window, bathed in a neon pink light that spills onto the sidewalk after sunset…