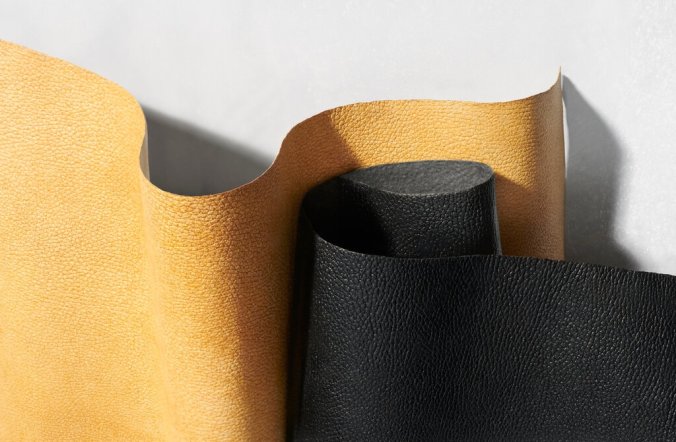 Mylo, a material made from mycelium, in natural and black. Bolt Threads

Milo’s teen years convinced me of the wonders of fungi. The Mushroom Club of Georgia was in the right place at the right time for him to convert intense curiosity into something more powerful. On another day, more on what he has done with that in the decade since. For now a bit of thanks. We have had the privilege of hosting members of that Club in our home in Costa Rica, and intend to do so again now that travel restrictions have eased. This post is an overdue shout out to that Club and others like it. More kids in those clubs would be a good thing. Meanwhile, nice to see these folks making news again. It helps persuade me that fashion is of greater value than I have given it credit for up to now:

A surprising group of fashion rivals including Stella McCartney and Lululemon are joining forces to back Mylo, a new mushroom leather. 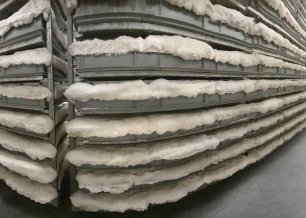 It may be fashion week in Paris, with showgoers in face coverings parsing runway looks from the latest designer ready-to-wear collections, but several thousand miles away from the French capital, out of the dank, dark belly of an industrial hangar, a potentially more momentous industry trend is … growing.

Mushroom leather might not sound stylish. But Bolt Threads, a start-up that specializes in developing next-generation fibers inspired by nature, is one of a growing number of companies convinced that the material is a viable replacement — in both form and function — for animal-sourced and synthetic skins.

In 2018, Bolt Threads began producing limited-edition products made from Mylo, a material made from mycelium, the branching network of threadlike cells that underpins all fungi. Now they are preparing to bring that technology to the world, thanks to an unconventional consortium of backers (and rivals) from across the fashion spectrum.

This week, executives from Adidas, Lululemon, Kering and Stella McCartney said they would partner with Bolt Threads on Mylo, collectively investing in its ongoing development and production operations in exchange for access to hundreds of millions of square feet of the material. Mylo-made products, from Adidas sneakers to Stella McCartney accessories, will go on sale in 2021.

For Dan Widmaier, the chief executive and founder of Bolt Threads, brokering the Mylo agreement with these industry stalwarts is a major step toward bio-materials becoming a genuine option for mass consumer use. In an industry where infighting is common, and historically clients can demand exclusivity agreements as a matter of course, it represents a break from the norm that he hopes could prove instrumental to the overall growth of the market.

No single company could bring a material like Mylo to scale, he pointed out, as it will need a new supply chain built from the ground up and experts from various fields (biology, product development, sustainability — and now fashion design) to collaborate across traditional boundaries.

“We had to convince these industry competitors that this was about tackling a bigger challenge together than any of them could solve alone,” Mr. Widmaier said, declining to specify the exact amounts invested by the four brands other than that each had committed “seven-figure sums” to the partnership.

“This kind of innovation is really expensive,” he added. “The truth is, this industry remains an environmental ticking time bomb and is full of outdated technologies.” Mushrooms could be one answer…