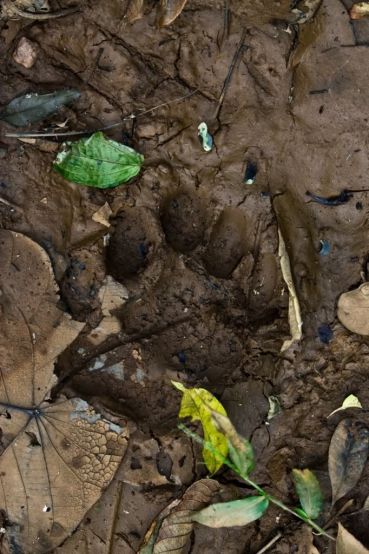 People come to the Periyar Wildlife Sanctuary in hopes of seeing tigers. Few do, but with a dwindling population and excursions limited to the fringes of the reserve, it’s no surprise. However, the tigers that do venture on the edges of the forest, mere kilometers away from Thekkady, leave ample evidence of their lifestyle. Paw prints are a common sight, and less frequently, carcasses of their prey. Simply being in their habitat is an experience worth having.  (Warning: slightly graphic images below) 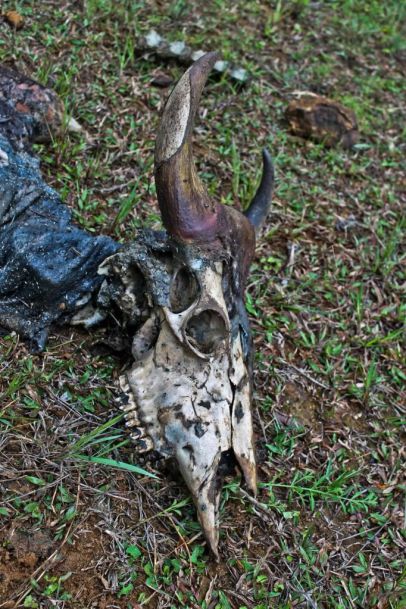 Though a threatened species, large herds of gaur, or Indian bison (incidentally the largest wild cattle in the world), can be seen with relative frequency in the Periyar. The large population of the gaur in the area creates a bountiful habitat for the resident tigers, and when one is caught and consumed, the predator isn’t the only beneficiary. When we saw this carcass, a group of wild boar were having at it, and no doubt many other opportunistic animals had their fill as well. 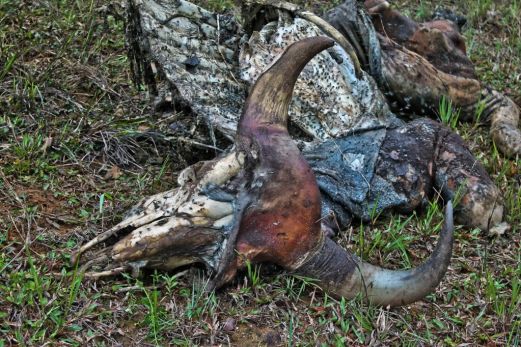