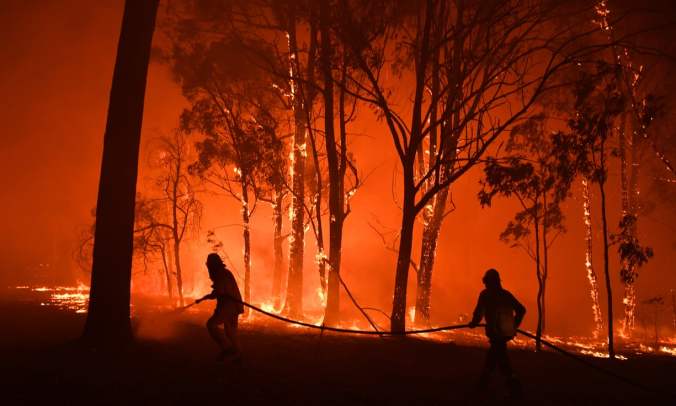 Oxford said the choice reflected the rise in climate awareness and the language we use to discuss it. Photograph: Dean Lewins/AAP

These annual declarations are often silly, but even when silly they say something about what we are thinking and talking more about. This is not exactly good news, except that it beats the alternative (not thinking or talking about it):

Usage of the term increased 100-fold in the space of 12 months, dictionary says

Oxford Dictionaries has declared “climate emergency” the word of the year for 2019, following a hundred-fold increase in usage that it says demonstrated a “greater immediacy” in the way we talk about the climate.

Defined as “a situation in which urgent action is required to reduce or halt climate change and avoid potentially irreversible environmental damage resulting from it”, Oxford said the words soared from “relative obscurity” to “one of the most prominent – and prominently debated – terms of 2019.”

According to the dictionary’s data, usage of “climate emergency” soared 10,796%.

Oxford said the choice was reflective, not just of the rise in climate awareness, but the focus specifically on the language we use to discuss it. The rise of “climate emergency” reflected a conscious push towards language of immediacy and urgency, the dictionary said.

In 2019, “climate” became the most common word associated with “emergency”, three times more than “health emergency” in second.

In May, the Guardian updated its style guide to clarify that “climate emergency” or “global heating” would be favoured over “climate change” or “global warming” (although the original terms are not banned) – to better reflect the scientific consensus that this was “a catastrophe for humanity”…