Before a recent trip to Karnataka I’d asked my Indian friends for advice prior to any urban travels, getting their opinions on the iconic activities in each of the cities on my itinerary.  There were pearls and biryani in Hyderabad, palaces and markets in Mysore…but for Bangalore, most friends said things such as, “Oh Bangalore. That’s where people from Cochin go to get their shopping done.”

Well, okay.  Considering I actually did need to get some shopping done, I wasn’t terribly distressed about this advice. However, the fact remains that I am not a particularly good shopper, so I’d hoped that there was more to the city than just consumer attraction. 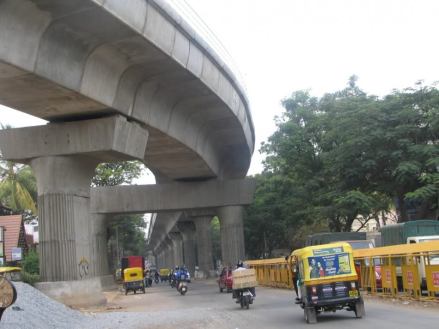 My travel companion Jenny had already organized a city tour. Due to the heavy traffic and city metro construction, a great deal of this tour was what I would call a “drive by”. The Tipu Sultan palace and Lalbagh Botanical Garden were exceptions to this rule. But by far the most interesting thing we did in the city was the Victorian Bangalore Walk tour with a company called Bangalore Walks. 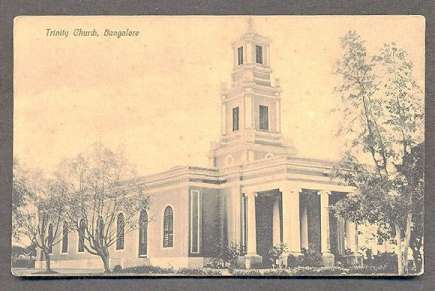 The walk began at the Holy Trinity Church and continued for the majority along MG (Mahatma Gandhi) Road, a ubiquitously named main road of every city in India. Before the metro construction the sight lines from Holy Trinity lead all along this main road (originally called South Parade Road) to the statue of Queen Victoria. Just off this busy road filled with cars, rickshaws and construction there were the remnants of the few Victorian era bungalows and gardens that had withstood the movement toward industrialization. There was also a wealth of information regarding Holy Trinity Church itself, from Cornwallis to Churchill to the Mears Foundry church bell. (The same foundry also can boast bells named Big Ben and Liberty, among many others.)

But by far the most interesting part of the tour was related to Bangalore’s place in Indian history. Apparently the city has been at the epicenter of new technology for over a century! In fact, Bangalore is a perfect example of being in the right place at the right time:

Believe it or not, the list actually goes on! Definitely more than just a place to go shopping…