The 2014 edition of our neighborhood sporting event of the year officially kicked off this evening, with two Raxa Collective representatives sharing the stage with two politicians, a priest and the neighborhood association’s leadership (who graciously invited Raxa Collective to join in again) prior to the first match.  We look forward to announcing the champion on December 31.

You may recognize some of the faces below, not only from this evening’s photo but also from the long-running series of snapshots of Our Gang, Thevara. 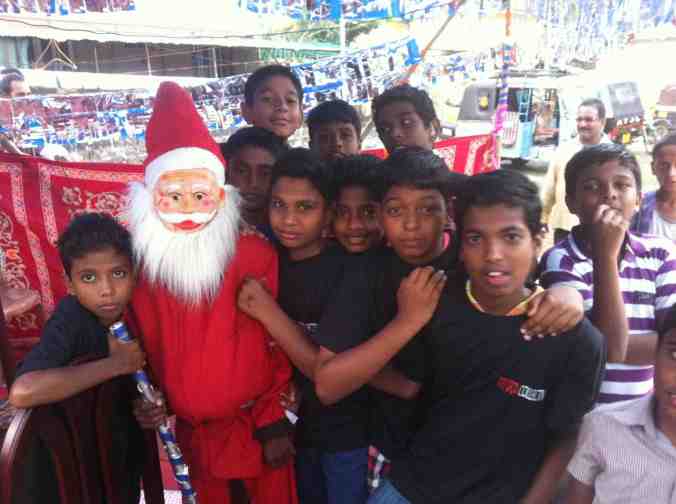 The 2013 tournament, with Raxa Collective team shirts proudly on display among our young friends