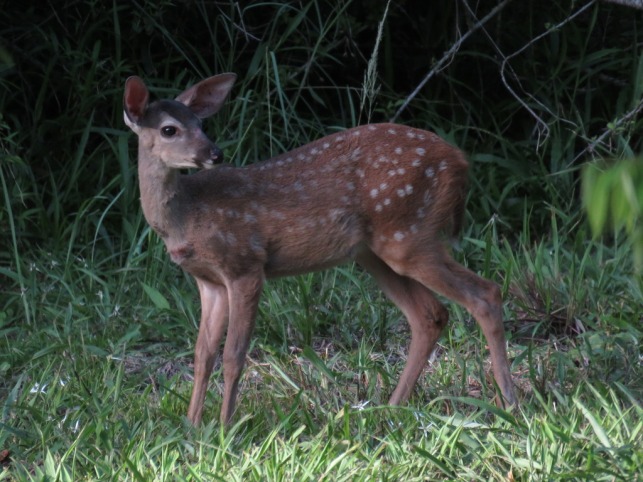 Chan Chich Lodge is camouflaged deep within the Belizean forest and within the ancient ruins of a Mayan structure. When you are driving along a rocky one-way limestone road through a variation of open cattle pastures and the dense forests for several hours, you don’t realize you have reached the lodge until you have driven past the welcome sign and are passing by one of the twelve wooden cabañas. Disclaimer: perhaps this first impression is singular to me because I first arrived to the hotel via ground transportation, at dusk, and in a drowsy state.

After a comfortable and restful night’s sleep in a deluxe cabaña, I was brewing with energy and the distant sound of Yucatan howler monkeys seemed to be the perfect cheer squad to boost my motivation even further. I spent the day familiarizing myself with not only the rustic lodging compound but also with the dazzling flora and fauna. I started my tour by walking along the smooth stone path to the pool and that’s when I first gazed upon the 20-foot mound that encloses the cabaña village area. At first glance, it is not obvious that the grassy hill is covering an archaeological gem, but as one continues to wander through the property it becomes apparent that it is too symmetrical and even to be naturally formed (the dirt and grass conceal Mayan structures that surrounded a plaza and can only be uncovered for archaeological research).

During my tour, I spotted a lone deer at the base of one of the mounds chewing on a long grass stem. It was not the deer itself that captured my interest but instead the fact that it did not scurry off in spite of my close proximity to it. I have seen plenty of wild deer in my life, but never so close so as to be able to distinguish a small bulge or irregularity on its skin. It was an unusual encounter but also a rewarding one because seeing something so “ordinary” as a deer was still exciting. That was only the first of several animal sightings, those of which included a Great Curassow running into the thick undergrowth and a spider monkey jumping from one palm to the next. It wasn’t after several of these animal encounters that I came to the realization that much of the wildlife does not perceive humans as predators because hunting is prohibited in an area totaling many thousands of square acres. While the animals I saw are not as timid as other species, it is encouraging to know that many of these animals do not know what it is like to be hunted by humans. This allows for people who visit Chan Chich to experience wilderness that is not fearful of us and appreciate the splendor of such an environment.