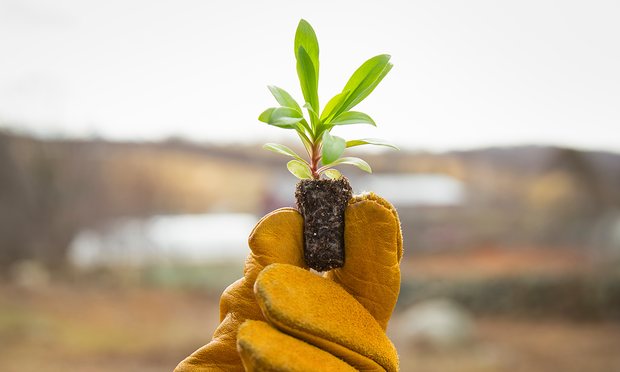 All photos from: The Guardian

The debate of whether or not an organic diet is healthier has long been in question and does not yield a definitive scientific answer, but instead a consensual logical conclusion.  An organic diet is beneficial in that food free of pesticides and chemicals is safer and better for us than food containing those substances. Although organic agriculture occupies only 1% of global agricultural land, the growth of this industry is projected to increase as population growth, climate change and environmental degradation progress and will therefore necessitate agricultural systems with a more balanced portfolio of sustainability benefits.

With that prospect in mind,  John Reganold and Jonathan Wachter from Washington State University conducted a study, Organic Agriculture in the 21st Century, published in Nature Plants, that compared organic and conventional agriculture across the four main metrics of sustainability: be productive, economically profitable, environmentally sound and socially just.

In addition, organic farming delivers equally or more nutritious foods that contain less or no pesticide residues, and provide greater social benefits than their conventional counterparts.

With organic agriculture, environmental costs tend to be lower and the benefits greater. Biodiversity loss, environmental degradation and severe impacts on ecosystem services – which refer to nature’s support of wildlife habitat, crop pollination, soil health and other benefits – have not only accompanied conventional farming systems, but have often extended well beyond the boundaries of their fields, such as fertilizer runoff into rivers.

Despite lower yields, organic agriculture is more profitable (by 22–35%) for farmers because consumers are willing to pay more. These higher prices essentially compensate farmers for preserving the quality of their land.

Studies that evaluate social equity and quality of life for farm communities are few. Still, organic farming has been shown to create more jobs and reduce farm workers’ exposure to pesticides and other chemicals.

Organic farming can help to both feed the world and preserve wildland. In a study published this year, researchers modeled 500 food production scenarios to see if we can feed an estimated world population of 9.6 billion people in 2050 without expanding the area of farmland we already use. They found that enough food could be produced with lower-yielding organic farming, if people become vegetarians or eat a more plant-based diet with lower meat consumption. The existing farmland can feed that many people if they are all vegan, a 94% success rate if they are vegetarian, 39% with a completely organic diet, and 15% with the Western-style diet based on meat.

Realistically, we can’t expect everyone to forgo meat. Organic isn’t the only sustainable option to conventional farming either. Other viable types of farming exist, such as integrated farming where you blend organic with conventional practices or grass-fed livestock systems.

Scaling up organic agriculture with appropriate public policies and private investment is an important step for global food and ecosystem security. The challenge facing policymakers is to develop government policies that support conventional farmers converting to organic systems. For the private business sector, investing in organics offers a lot of entrepreneurial opportunities and is an area of budding growth that will likely continue for years to come.

In other words, organic farming is not just a ‘fad’, it is a necessity for the human race. Whether or not you decide to partake in the movement now, the movement will surely implant itself in your life one organic produce at a time.