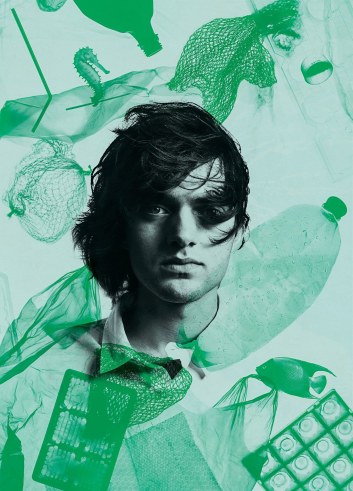 Slat cares deeply about the environment, but, for him, the appeal of cleaning the oceans is also about puzzle solving. Illustration by Cristiana Couceiro

In the pantheon of writers we have linked out to since 2011, of those who focus on science and/or environmental issues Carolyn Kormann is a relatively recent arrival. Since I started noticing her work three years ago she has started 2019 with an especially strong duo of stories. One is a longform profile and a must-read if you have been even just glancing at the headlines about giant garbage patches swirling in the ocean. How to deal with epic waste after the fact, after the out-of-sight-out-of-mind approach that has been building this mess for decades, is no simple matter. Nor is the man she introduces us to. 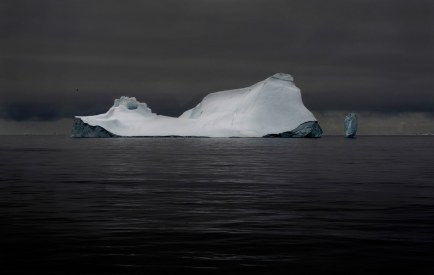 Last year, the U.S.’s carbon-dioxide emissions increased by an estimated 3.4 per cent, the second-largest gain in the past two decades.Photograph by Fernando Moleres / Panos Pictures / Redux

The profile of Slat is compelling, disturbing and inconclusive–hallmarks of the type of profile I most appreciate when the subject involves seemingly intractable environmental challenges. The other item is shorter, with a pair of metaphors for economic periods that I wish I had known earlier. If you only have time for one, read about William Nordhaus’s many contributions to the otherwise dismal science, especially his description of the economic transformation from my lifetime to that of the next generation:

The False Choice Between Economic Growth and Combatting Climate Change

In 1974, the economist William Nordhaus described the transition from a “cowboy economy” to a “spaceship economy.” In the former, he wrote, “we could afford to use our resources profligately,” and “the environment could be used as a sink without becoming fouled.” But, in the spaceship economy, “great attention must be paid to the sources of life and to the dumps where our refuse is piled.” He added, “Things which have traditionally been treated as free goods—air, water, quiet, natural beauty—must now be treated with the same care as other scarce goods.” Toward the end of his landmark paper, “Resources as a Constraint on Growth,” Nordhaus discussed the possible adverse effects of energy consumption, most notably the “greenhouse effect.” From a “rough calculation,” he found that the atmospheric concentration of carbon dioxide would increase by more than forty per cent in the next sixty years. “Although this is below the fateful doubling of CO2 concentration,” he wrote—scientists had already predicted that such a doubling could cause the polar ice caps to melt catastrophically—“it may well be too close for comfort.” He was prescient. We are now dangerously on track to hit his estimate, four hundred and eighty-seven parts per million, by 2030.

In the United States, after three years of decline, carbon-dioxide emissions increased by an estimated 3.4 per cent in 2018, according to a report released earlier this month by the Rhodium Group, a private climate-research firm. The authors blame two main factors: a particularly cold winter and fast economic growth. In the past two decades, the only greater annual gain in emissions was in 2010, when the economy was rebounding from the Great Recession. Historically, emissions have aligned with the ebb and flow of the economy. In 2018, economic growth was driven by a higher demand for energy, trucking and air travel, and industrial activity. Companies were manufacturing more stuff, including steel, cement, and chemicals. The carbon intensity of the power sector, meanwhile, did not decline fast enough to offset all those demand increases. As has been common since Nordhaus’s 1974 paper, the report seems to pit controlling climate change against a growing global economy.

The picture could have been much different. Nordhaus went on to publish a series of foundational studies on the economics of climate change. In 1992, he created an integrated economic and scientific model that could be used to determine the most efficient ways to cut greenhouse-gas emissions. His work—and that of many other economists who followed his lead—showed that a low tax on carbon, set to rise slowly over time, could be enough to keep emissions at reasonable levels, saving us from climate change at little, if any, cost. A “spaceship economy” could thrive if governments made sure that companies paid an appropriate price for the environmental damage they caused—what would come to be called the social cost of carbon. Companies that were most easily able to reduce their level of pollution would be incentivized to make the greatest reductions, and to invest in cheaper and better pollution-reduction systems.The dirtiest activities would be the most costly. The tax would promote innovations in new forms of power generation and, eventually, a widespread adoption of clean-energy technologies. The way to break the chain was to reimagine how we fuel the global economy. “It’s absolutely the case that emissions and growth can be decoupled,” Marshall Burke, an assistant professor in Stanford University’s Department of Earth System Science, told me. He pointed to research plotting how thirty-five countries, including the United States, did, in fact, experience economic growth in the past fifteen years while reducing their emissions—and not solely due to recessions. But the decline was not nearly enough. “The technology is available to have faster economic growth while reducing over-all emissions,” Trevor Houser, the head of Rhodium Group’s energy and climate team, and one of the authors of the report, told me. But the switch to nuclear and renewables needs to happen more rapidly. “It takes policy. It won’t happen through markets alone,” Houser said.

In October, Nordhaus and another economist, Paul Romer, won the Nobel Prize in Economic Sciences for, respectively, “integrating climate change” and “technological innovations” into “long-run macroeconomic analysis.” The timing of the announcement from Sweden was painfully ironic. Hours earlier, the United Nations had released its dire report warning that, if climate change’s worst impacts were to be avoided, the nations of the world had about a decade to revolutionize the energy economy. “The policies are lagging very, very far—miles, miles, miles behind the science and what needs to be done,” Nordhaus said after receiving the prize. “It’s hard to be optimistic . . . We’re actually going backward in the United States, with the disastrous policies of the Trump Administration.” The Obama Administration had, in its final years, partially incorporated concepts that Nordhaus had helped to develop, such as putting a price on the economic harm that results from every additional ton of carbon dioxide emitted into the atmosphere. The price was set at forty-five dollars a ton, and used in both regulatory cost-benefit analyses, which undergirded new fuel-efficiency standards, and the Clean Power Plan, which would have propelled a faster retirement of coal-powered electric plants and a broader transition to renewables. Just as such policies were “beginning to bear fruit,” Houser said, “that whole framework was dismantled.” Under Trump, the social cost of a ton of carbon is as little as one dollar…