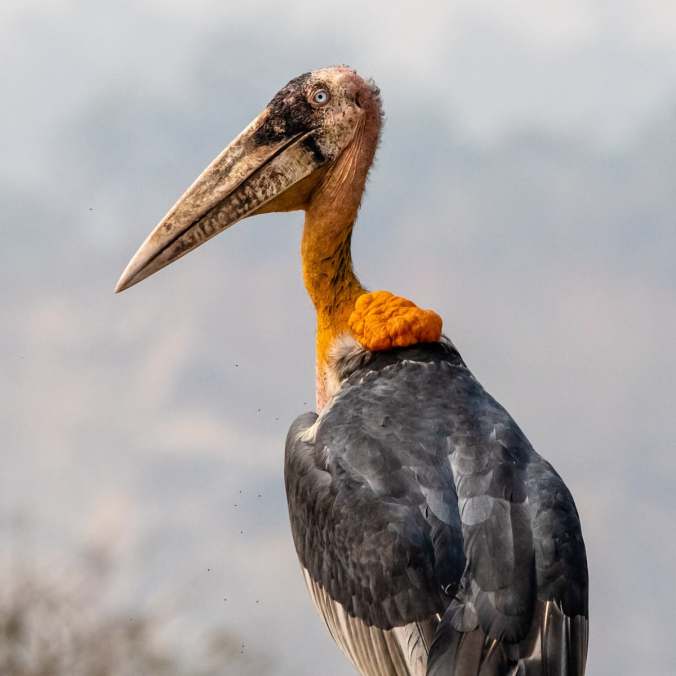 If you saw some of the work that came out of Seth’s bird-focused interactions with children in Ecuador, and in Costa Rica, this might not seem so surprising. But in every case when kids are enlisted to help ensure care of bird populations, the result is noteworthy. And of course, when a community of women decide something is important, watch and learn. Carla Rhodes, a wildlife conservation photographer, shares this remarkable story from Assam:

A Biologist, an Outlandish Stork and the Army of Women Trying to Save It

In the Indian state of Assam, a group of women known as the Hargila Army is spearheading a conservation effort to rescue the endangered greater adjutant stork. 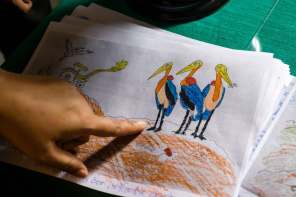 Life can change in an instant, as I experienced when I first laid my eyes on a tall and bizarrely striking bird known as the greater adjutant.

It was India in 2018, in the northeastern state of Assam. I’d ended up there partly because of absurd circumstances, which involved being filmed for a reality television pilot while navigating a motorized rickshaw through the Himalayas. END_OF_DOCUMENT_TOKEN_TO_BE_REPLACED 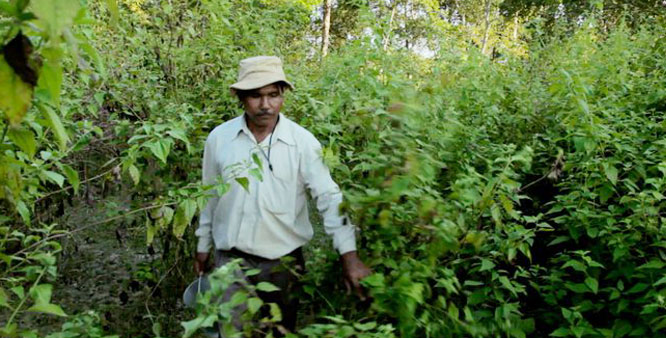 For many people the sight of a dead snake would be an unpleasant but not tragic image, but for Indian activist Jadav “Molai” Payeng it was a call to action that inspired him to create an entire forest. When Payeng was just a teenager in 1979 he came across a bed of dead snakes on the sun-baked shores of the Brahmaputra river. The limbless beasts had been stranded on the barren banks and perished in the unmitigated heat due to the lack of shade or tree cover. Payeng wept over the corpses but resolved to turn his sadness into action.