Robert Macfarlane first came to my attention in Ethiopia a few years ago. And then again the following year while in India. And now I see where it was all leading, in the form of a book, to see what is beneath our feet, reviewed here:

You know a book has entered your bloodstream when the ground beneath your feet, once viewed as bedrock, suddenly becomes a roof to unknown worlds below. The British writer Robert Macfarlane has written such a book. “Underland: A Deep Time Journey” is an epic exploration and examination of darkness and the caverns underground that have captured our imaginations, pulled us downward, housed our dead and allowed us to bury our most violent secrets. It is also a descent into the beauty where dark wisdom is located.

Macfarlane divides his explorations into three sections, or “chambers,” devoted to “Seeing,” “Hiding” and “Haunting.” As he moves through them, he will take us to ancient barrows in Britain’s Mendip Hills, the understory of the Epping Forest and a physics lab investigating “dark matter” from deep within a coastal Yorkshire mine. He will guide us through underground rivers in Italy and show us the pictographs known as “the red dancers” found in Norwegian sea caves.

Macfarlane homes in on “something seemingly paradoxical: that darkness might be a medium of vision, and that descent may be a movement toward revelation rather than deprivation.” Night vision becomes an essential strategy for survival in the Anthropocene, the new epoch we find ourselves in, which registers the human press on the planet as a geologic force. “For more than 15 years now,” Macfarlane explains, “I have been writing about the relationships between landscape and the human heart. What began as a wish to solve a personal mystery — why I was so drawn to mountains as a young man that I was, at times, ready to die for love of them — has unfolded into a project of deep-mapping.” END_OF_DOCUMENT_TOKEN_TO_BE_REPLACED 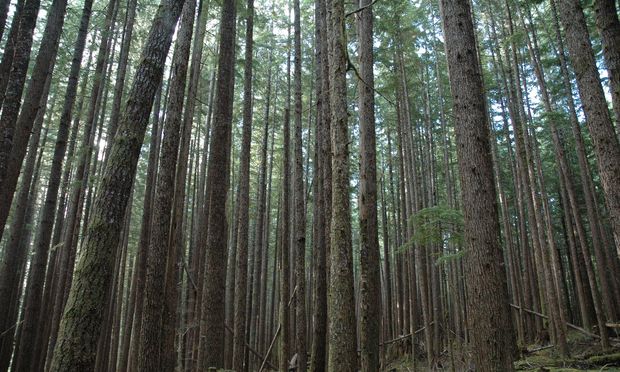 Forests and fungi–words that make me think of Milo circa 2010-2012 in the south of India, especially in the Periyar Tiger Reserve (but also later, writing about fungi in relation to food waste). When I first heard this a week ago, it seemed typical of Radiolab’s attention to quirky outlier science stories:

From Tree to Shining Tree

A forest can feel like a place of great stillness and quiet. But if you dig a little deeper, there’s a hidden world beneath your feet as busy and complicated as a city at rush hour.

In this story, a dog introduces us to a strange creature that burrows beneath forests, building an underground network where deals are made and lives are saved (and lost) in a complex web of friendships, rivalries, and business relations. It’s a network that scientists are only just beginning to untangle and map, and it’s not only turning our understanding of forests upside down, it’s leading some researchers to rethink what it means to be intelligent.

And it was typical, in that sense. But Milo’s attention to the underworld of fungi, which at the time seemed to me as quirky as this Radiolab story does today, got me to start paying attention to anything in our news network with certain keywords (mushroom, fungi, etc.) and just now I came across a short journalistic account that taps into the same science as the Radiolab piece above, and I am realizing it may not be merely quirky: END_OF_DOCUMENT_TOKEN_TO_BE_REPLACED

The most illuminating 75 minutes with earbuds on, in a long time or possibly ever (since my history with earbuds is only a few years old), by far, were spent listening to this. If you are a combined “words person” and “nature person”–how else would you have found your way to this blog?–then you will understand.

Ethiopia, from the perspective of our recent expedition which I have barely begun to process with words, was illuminated for me just a bit hearing this man talk about how we describe places and the impact that ecosystems have on us. Ecosystems serve as metaphors, he says. And that prepositions matter a great deal to how we communicate the impact ecoystems have on us, literally and metaphorically.

Ethiopia was an enriching experience, in these senses.  I will write separately on that illumination. For now, a bit more from Robert Macfarlane, the illuminator on nature, through words. After listening to the podcast of his lecture, I had to know who this was, and it brought me here:

Làirig – ‘a pass in the mountains’ (Gaelic). Photograph: Rosamund Macfarlane

Eight years ago, in the coastal township of Shawbost on the Outer Hebridean island of Lewis, I was given an extraordinary document. It was entitled “Some Lewis Moorland Terms: A Peat Glossary”, and it listed Gaelic words and phrases for aspects of the tawny moorland that fills Lewis’s interior. Reading the glossary, I was amazed by the compressive elegance of its lexis, and its capacity for fine discrimination: a caochan, for instance, is “a slender moor-stream obscured by vegetation such that it is virtually hidden from sight”, while afeadan is “a small stream running from a moorland loch”, and a fèith is “a fine vein-like watercourse running through peat, often dry in the summer”. Other terms were striking for their visual poetry: rionnach maoim means “the shadows cast on the moorland by clouds moving across the sky on a bright and windy day”; èit refers to “the practice of placing quartz stones in streams so that they sparkle in moonlight and thereby attract salmon to them in the late summer and autumn”, and teine biorach is “the flame or will-o’-the-wisp that runs on top of heather when the moor burns during the summer”. END_OF_DOCUMENT_TOKEN_TO_BE_REPLACED