Seth, since his time working for the Cornell Lab of Ornithology, and even after his time in Ithaca, has helped me to see how important the Lab’s work is to what our company has been doing since he was an infant. Citizen science is an essential component, and at Chan Chich Lodge guests have responded to the passion the guides have for eBird, which is why we put so much attention into this year’s Global Big Day. And it is why we are already planning the next collaboration with the Lab, a collaboration Seth will lead on our side. For now, a final roundup of stories from last weekend, starting with our favorite team:

…After pooling their lists, the teams ended the day with a whopping 327 species combined—reflecting not just great birding but the region’s importance to an immense diversity of birds. Team Belize topped the friendly group competition with 242 species (including 40 species the other teams didn’t find); Team Mexico found 224 species (with 43 unique to their list); and Team Guatemala tallied 213 (with 23 unique)… 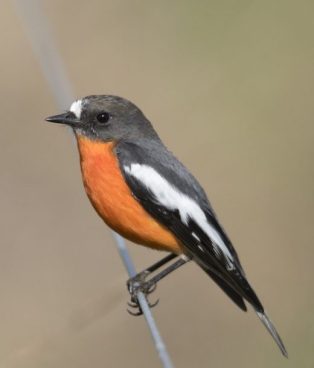 Also, the final numbers are in and news published late yesterday confirmed what I suspected as day was breaking in Belize, titled Global Big Day 2017: birding’s biggest day ever:

…On 13 May 2017, almost 20,000 birders from 150 countries around the world joined together as a global team, contributing more than 50,000 checklists containing 6,564 species—more than 60% of the world’s birds. This is a new record for the number of bird species reported in a single day, END_OF_DOCUMENT_TOKEN_TO_BE_REPLACED

In recent months, as we prepared to host Team Sapsucker Belize at Chan Chich Lodge, our goals were focused on the citizen science mission. Using a couple simple metrics, the event was a clear success, comparing the number of species counted in Belize this year versus last year, and especially looking at the number of checklists submitted.

If you look at this as the third iteration of an event that we hope to grow in future years, the progress from beginning to present is promising. As I type this there are still more than 40 hours of data entry remaining for this year’s event, so the increase in this year’s participation and species identification will likely grow larger by this time Wednesday.

END_OF_DOCUMENT_TOKEN_TO_BE_REPLACED

When I left Team Sapsucker late last night it was pouring rain, a perfect punctuation to the day, telling them to stay under cover on Chan Chich’s deck since no bird would be out in the deluge. They were reviewing their lists, waiting to see if the rain would pass, allowing one final outing of the 24-hour period. I did not ask the final number, but I could tell they were happy with the day.

As I type this at 5am the rain has long since stopped, the early birds are out in full sonic force, competing with the howler monkeys it seems, and results on eBird’s website look impressive. My eye is drawn to the Central America numbers. Partly because I moved to the region two decades ago and have worked in each country. Partly also because the region has embraced its ornithological importance, and yesterday provided one more metric for that embrace. But mainly, because I am here in Belize and the Lab team we had here was exactly as expected, not only as birders but as people.

The Chan Chich guide team had an amazing day with the Team Sapsucker on Friday, and over lunch that day they all celebrated several firsts, the details of which escape me now, but they involved two new species being added to Chan Chich’s list on eBird (a big deal) and our guide Ruben adding a life list bird that day to his nearly two decades of birding accomplishments at the Lodge.

The Lab team explained the rules of the game for the following day. No assistance of any kind would be possible after midnight. END_OF_DOCUMENT_TOKEN_TO_BE_REPLACED