Seattle based photographer Chris Jordan has been making visual statements about mass consumption for over ten years. Using the “artist’s eye” to be able to step back from the overwhelming truths of societies’ excesses, he simultaneously breaks down that mass consumption into its smallest part and its incomprehensible whole.

Jordan uses  commodities  that are discarded daily–plastic and paper cups, newspapers, electronics–as the “brushstrokes” to illustrate the wastefulness  in cultures of consumerism. His photographs place both conscious and unconscious behaviors under a microscope, which is often unsettling, and always thought provoking.

I urge you to use his website’s interactive feature by clicking on each piece.

The photo above is an example of what you will find if you do.  Pointillism meeting conservationism in photographic vision verses installation, as reported in an earlier post.  Both equally compelling.

Whereas much of his work depicts the negative side of excess, the piece below makes literal the power of social activism. “Out of Many, One”

Depicts the names of one million organizations around the world that are devoted to peace, environmental stewardship, social justice, and the preservation of diverse and indigenous culture. The actual number of such organizations is unknown, but estimates range between one and two million, and growing. 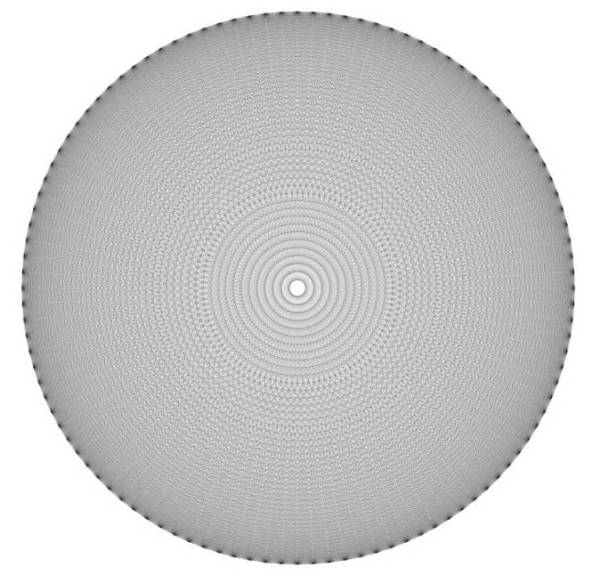 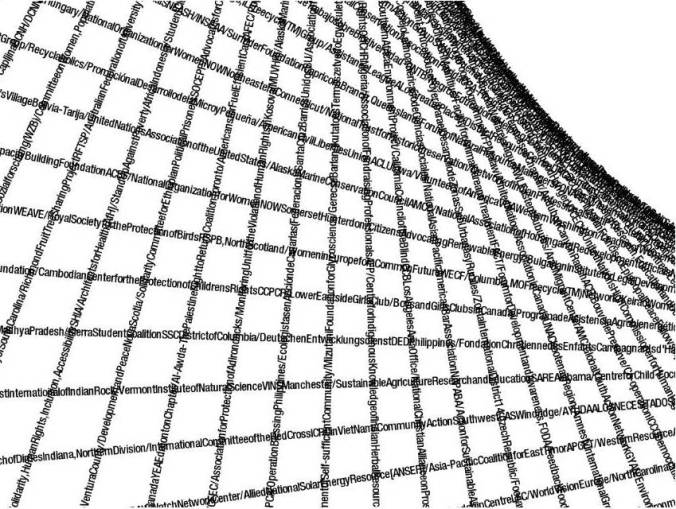 Art is a powerful thing, with the capacity to leave us both humbled and uplifted.  I’m grateful for both.

3 thoughts on “The Eye of the Beholder”