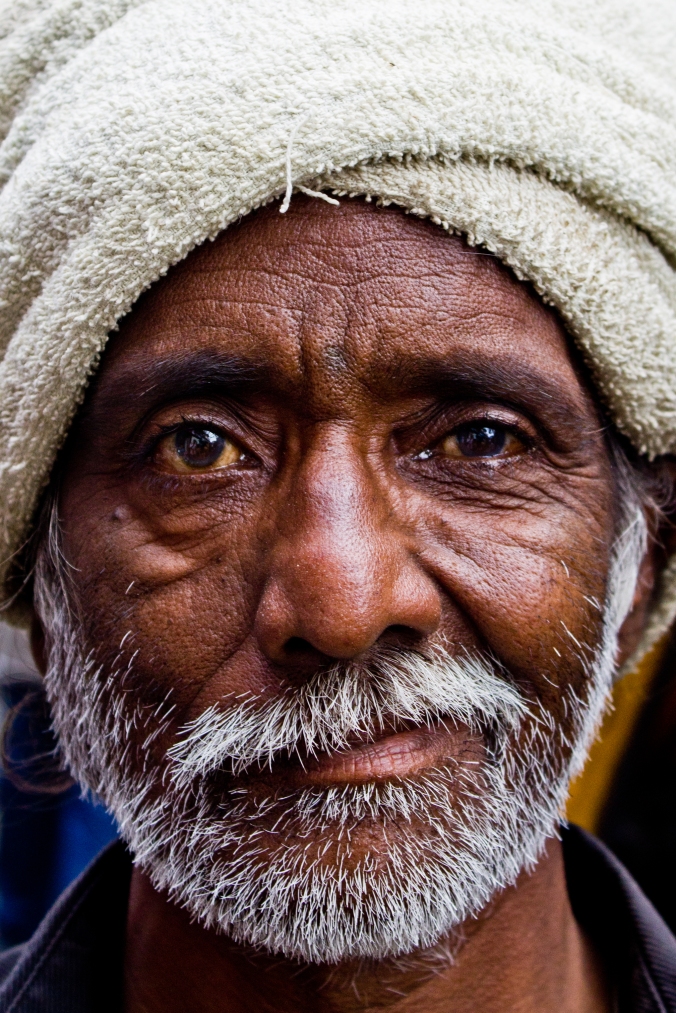 As I begin putting myself in situations in which photographing people in their natural state is more possible, I’m finding that I not only become more comfortable doing so, but the quality of my photographs improves. The subject doesn’t always have to be smiling, or even friendly – my best portraits are the ones that express the authenticity of a subject’s disposition and emotion in a single frame. Asking a scowling subject to smile will usually result in a sheepish grin, or a reluctant curve upward of the lips that ends up radiating a general feel of puzzlement. For the most part, people in Kerala are friendly and interactive, sometimes to a fault (most Westerners don’t shake strangers’ hands on the basis of looking different), and even more so towards foreigners.  A common cry to hear when a Malayali (native of Kerala) is simply: “Saip!” – a Malayalam word that essentially means “foreigner”, except without the negative connotations of the English word.  This is essentially the Kerala version of Tamil Nadu’s cry of “vella kkaran“, although Kerala receives many more Western visitors than TN does, basically reducing the exclamation to the equivalent of seasoned fishermen seeing seagulls and shouting: “bird!“. 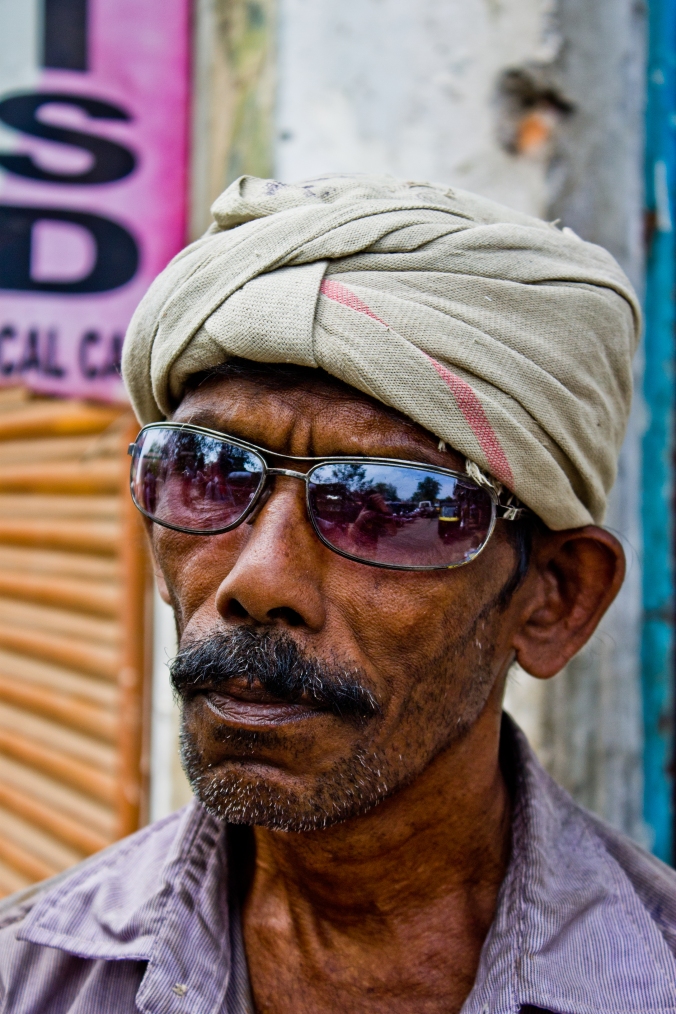 But some areas are very clearly devoid of Western influence.

Sometimes I ask for permission to photograph a subject, and sometimes I don’t. Normally the decisive factor is whether they’re moving or not. If someone is walking past I can’t properly compose a shot unless I get them to stop – normally this is accomplished by simply flashing a smile and holding up the camera in an “is this okay?” gesture. I like to think that the smile takes the cake, but I’ve also been told by a long-time Kerala resident (who is Indian) that they probably are hoping for fame on the internet, or magazines, newspapers, etc.

However, the entire male Indian population of a certain age (about mid-teens to late 50’s, probably) seems to have developed a complex around having their photograph taken. It doesn’t matter whether it’s with a phone’s camera, a polaroid, or a professional SLR. It’s quite common for an absolute stranger to ask me to take their picture, and then just walk away without even stopping to see the result. It’s so casual that if you don’t hear, or even ignore them, they sort of “whatever” it without attitude and erase the previous 30 seconds from their memories. Sadly, people who ask for their picture to be taken seem to always be in either terrible lighting, or in the middle of the street, or some other area prohibiting a photograph that effectively showcases their enthusiasm. 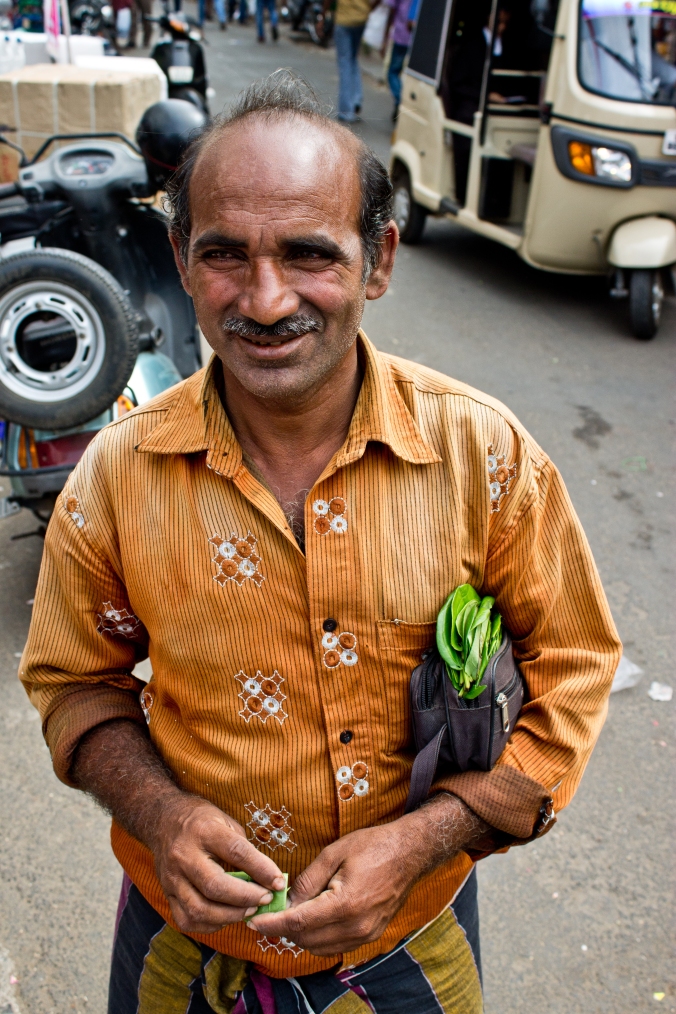 This morning, I woke up earlier than usual so I could go to the Ernakulam Market and photograph the hustle and bustle of one of the city’s major produce centers. I knew there wouldn’t be a shortage of interesting people to photograph – I’ve been in and around the market before, mostly without a camera, but when I have gone in with the intention to shoot I’ve generally been too shy to do so. Finding the nerve to just do it has been extremely rewarding, and a great learning experience. One of the greatest things about the market is that probably only about half of the people working there are from Kerala – the different cultures of immigrants from the north of the country are visible in attire, bearing, language, and even physical appearance (although I’m a bit iffy on that, not being entirely familiar with the northern states).  As an inexhaustible source of characters, markets are almost unparalleled, and this market is just about the biggest in town. 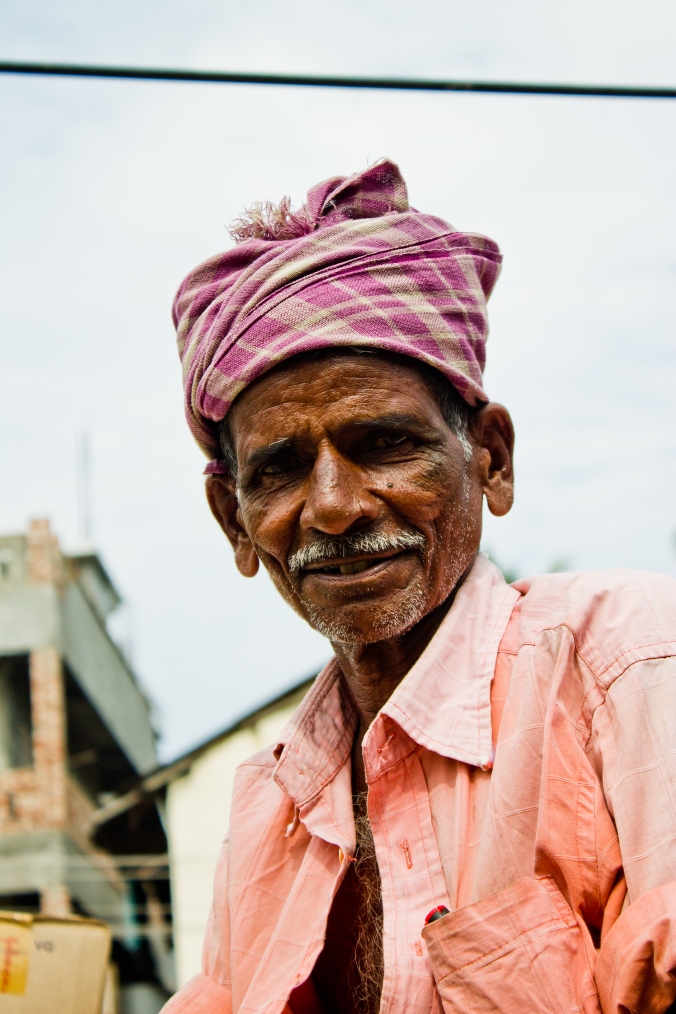 I didn’t only have the option of money-counters, porters, peddlers, vendors, shoppers, and bystanders – I could shoot under awnings, in sunlight, indoors, and in the eerie blue light of the tarp-covered indoor vegetable and fish market. I could shoot the old, the young, the big and small. There were hundreds of people to photograph; I walked around a single block three times and saw different people each time. Although I love nature photography, the very charismatic subjects of the wild tend to avoid detection – in the market, they seem to demand your attention. 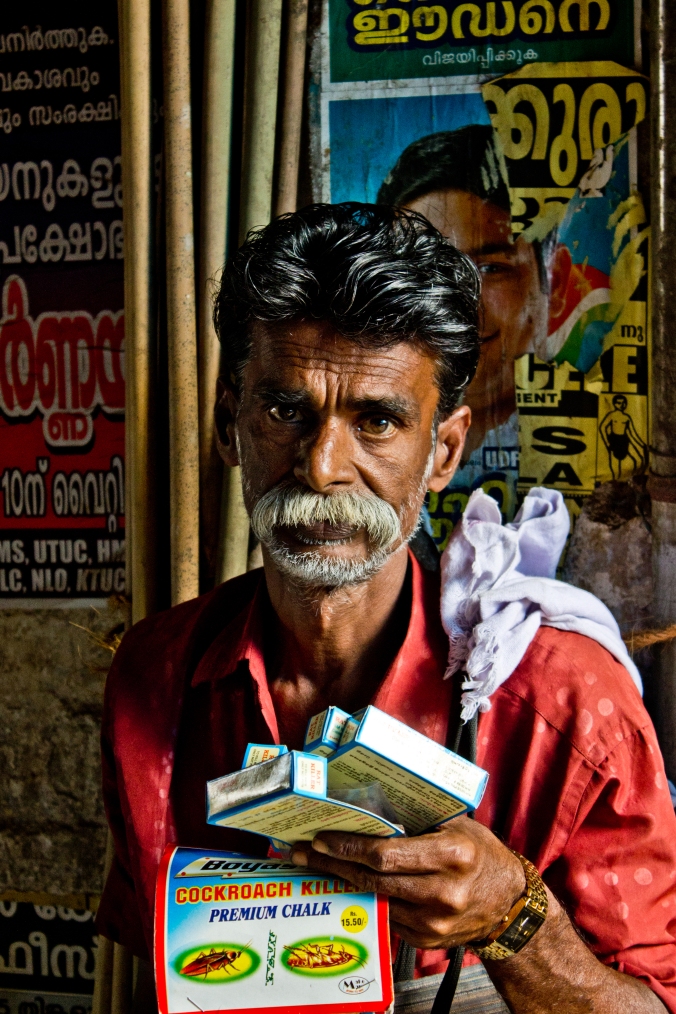 I constantly amaze myself with how much I haven’t seen after a whole year living here. I intend to spend great amounts of time outside, getting to know the city more, learning the language, and understanding the people. Sentences make a lot more sense when you know what the words in them mean. 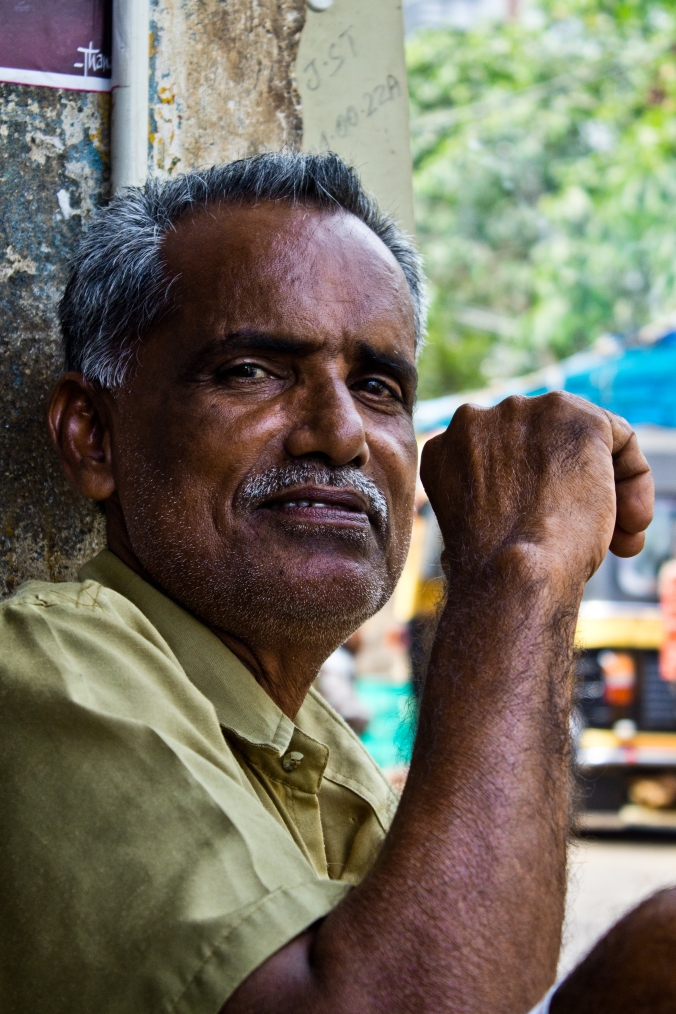 One thought on “Kerala: Seeing & Learning”