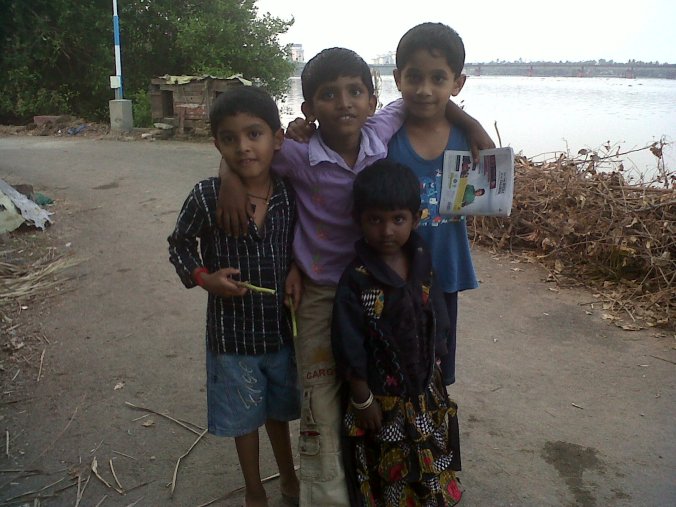 This young lady in the foreground of the photo above is special.  She has already broken an unspoken, unwritten, and increasingly irrelevant gender barrier in which girls play with girls and boys with boys: her brother has welcomed her into the fellowship that used to be strictly a fraternity.  It helps that she is clever.

When someone who is not from the community comes for their daily stroll, she runs down the lane shouting something that the boys (or girls) will find interesting–“SAIPE…SAIPE!” (spelled here, versus the Milo spelling in an earlier post, according to the India flexible spelling rules)–not unlike the fishmonger who plies these lanes each day honking his bicycle horn to signal the arrival of fresh goods.

The photo below, taken first, shows a sense of presence beyond her years.  She asked for a photo to be taken, and the other ones rushed to join her.  After a snapshot in which she featured as the centerpiece, she encouraged the fellows to group together for a better composition and that allowed the photo before the jump.  The future is bright.

4 thoughts on “Our Gang, Thevara (About The Clever One)”