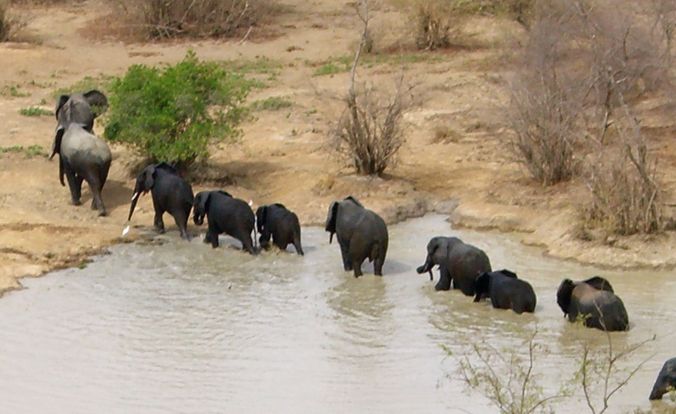 We’ve mentioned how an interpretive guide can bring the rainforest to life before. We’ve even touched on the fact that sometimes the best of those guides have “poacher” on their resumés, which follows a similar logic to the observation that often the most devoted practitioners of a religion are the newly converted. Here I’d like to point out a recent study by researchers from Wageningen University, along with Kenyan and British colleagues, published in a recent article in the journal Biological Conservation that correlates the levels of literacy and education with general conservation and the long-term protection of local wildlife.

The team of ecologists evaluated the number of elephants across Africa’s continental range, irrespective of political boundaries. The analysis included the numbers of individual elephants and determined the relation with 19 ecological variables, including rainfall, forage and water availability, and 15 human variables, including human density, welfare, literacy rate, and habitat fragmentation.

The authors write that:

…even for such charismatic species as the African elephant (Loxodonta africana)…we show through continent-scale analysis that ecological factors, such as food availability, are correlated with the presence of elephants, but human factors are better predictors of elephant population densities where elephants are present. These densities strongly correlate with conservation policy, literacy rate, corruption and economic welfare, and associate less with the availability of food or water for these animals. Our results suggest that conservation strategies should be organized in a socioeconomic context. The successful conservation of large animal species could depend more on good human education, greater literacy, good governance, and less corruption, than merely setting aside areas for conservation.

While it may be true that those who support the trade in illegal animal parts aren’t the poachers themselves, education is bound to lead to alternative forms of income for communities in “at risk” areas.

The study is a hopeful reminder that literacy, and education in general, is often the best way to promote the welfare of people, animals, and the earth.

One thought on “Conservation Literacy”