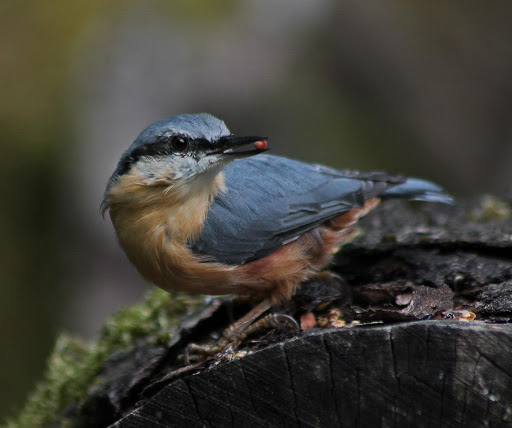 For the past two years I’ve been working at one of the Cornell Lab of Ornithology’s citizen science projects, Celebrate Urban Birds, which largely relies on the Internet to disseminate information about birds and urban habitat, to reach new audiences, and to receive the daily data that participants provide by uploading their observations directly onto the CUBs website.

The CUBs science model involves thousands of 10-minute bird observations around North America, and many of them come to the Lab of Ornithology on pen and paper data forms that then have to be scanned in, so internet observations are preferred. Another citizen science project based out of Cornell that I’ve highlighted before, the Lost Ladybug Project, isn’t based on data forms, but on photographs of ladybugs found across the US, focusing in particular on the nine- and two-spotted ladybug. As I  mentioned in my brief post on the Lost Ladybug Project, one of the goals outlined in their National Science Foundation Project Summary is to create “one of the largest, most accurate, accessible biological databases ever developed.”

This is a mission that several other citizen science programs embrace or advertise, and what allows them to do so is the community and connectivity of the Internet. Only an infrastructure as gargantuan and widely-used as the Web could support and encourage something that can be described by the quotation above. In the case of CUBs database, those thousands of 10-minute bird observations are essentially comprised of ‘Yes’ and ‘No’ responses to whether or not sixteen particular species were seen in specific sites; for the Lost Ladybug Project, the database involves geographical coordinates and ladybug photographs plotted on a map (for both of these, click on individual observations to see more information).

For an organization called Zooniverse, the Internet is the only way it can exist, as it relies on lots of people working on the exact same thing, say describing the surface of the moon based on NASA photographs, classifying bat calls, or transcribing Greek artifacts, right on their computers. The group effort of thousands of people completing relatively simple tasks like analyzing a single image of a cancer cell can eventually contribute to scientific findings that are actually published and accepted as fact. Zooniverse has a very interesting variety of possible things to work on in the sciences and humanities, and it is easy to recognize the value that an individual contribution to the crowd-source pool has when they have clear goals in mind. But some internet-based citizen science projects, like iNaturalist or Project Noah, don’t really need the specific mission statements to function, and instead operate on the much broader concept of simply sharing wildlife observations with people online, from a cool bird to a favorite type of wildflower, and encouraging a greater appreciation of the outdoors that is teeming with life if people just look around. Both these groups are essentially photographic databases with optional information attached — I can submit a photo of a nasturtium I found in some grass and that would be that, or I can record what kind of soil it seemed to be growing in, what the neighboring flora was like, whether or not any predators were apparent, etc.

Both iNaturalist and Project Noah do have specific ‘Projects’ or ‘Missions’ (respectively) where participants submit observations for a particular reason. For example, in Project Noah I found one photo from Columbia, Missouri — the Ash-tree Bolete Boletinellus merulioides — under the Global Schoolyard Bioblitz! Mission, but it also was labeled under the Backyard Habitats of the World, Fungus in America, Our Backyard (As long as you found it within 10 miles of home and got a picture of it, it can go here!), and Backyards of Central Missouri missions. iNaturalist projects have titles like Dragonflies and Damselflies of the New World, or Vermont Atlas of Life. Citizen science of the sort that can be pursued through websites like eBird, Zooniverse, Project Noah, iNaturalist, and plenty others are valuable because they allow millions of people to engage with a greater community and collaborate in some fashion — even better, they (with the exception of Zooniverse, which seems to be wholly computer-based) encourage people to spend time outdoors recording information through photographs and written observations, amassing tons of data that can be shared with anyone who has a strong enough internet connection. Which is a good thing. As much as we’d like to, when it comes to doing our part in studying/saving the world, not everyone can go out and spear themselves a lionfish.

6 thoughts on “The Internet and Citizen Science”