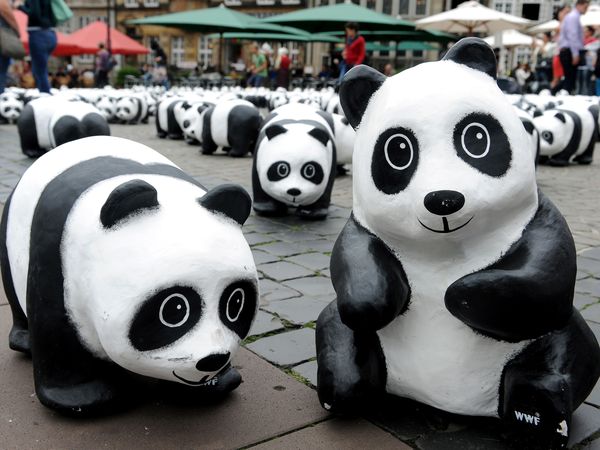 The Giant Panda is the logo for WWF, the world’s largest conservation organization and it isn’t hard to see why they’re such a successful symbol. Their black and white coloring, and compellingly large eyes have tugged on the heartstrings of millions of people around the globe. This past week the newest baby panda was born at the Washington D.C Zoo.  Mei Xiang’s cub was welcomed with applause and awe from around the world, but this event has also brought about some questions about the money going into WWF for saving the Giant Panda. National Geographic recently addressed this issue.

Is the considerable effort and millions of dollars put into breeding the animals in captivity really worth it?

Some conservationists say yes, claiming public “pandemonium” can translate to real conservation action. But others argue that the money could be better spent on other things, such as preserving threatened habitat.

Statistically, Giant Pandas have a lot stacked against them for the survival of their species. First, there are approximately only 1,600 individuals in the world today, and of those, 300 are held in captivity. Secondly, according to biologist Devra Kleiman, the Giant Pandas have a very small mating window. The female panda is only “in heat” for 2-3 days a year, and thirdly, the natural areas where the panda thrives are fractured and damaged, making it less likely that a pair will find one another easily during that limited period of time.

Breeding pandas in captivity is one way to help maintain the species, but at what cost? According to National Geographic, the annual investment in panda programs is approximately $614,000 per zoo, and breeding programs are not always successful. Many conservationists stress that more money should be invested in the panda’s habitat restoration than into the breeding programs for captive pandas, primarily because that habitat can help sustain the species in the wild, while captive breeding programs do little to impact higher wild populations. 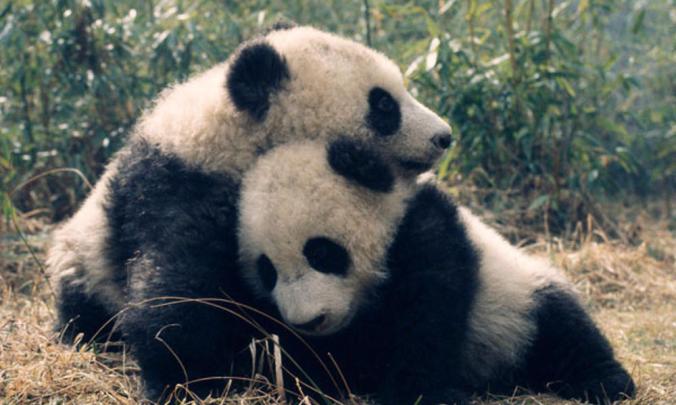 Giant Pandas in the wild
Photo Courtesy of WWF

In some ways, this whole dilemma is a “Catch-22” for the wild panda population: If pandas are bred in captivity, they are not helping to increase the wild population, and most of the funding goes to help promote breeding programs. Alternatively, if the pandas aren’t bred in captivity and thereby kept in the public eye, the public over time will forget about them, (like the endangered Ethiopian wolf), and over time current funding could significantly recline, thereby hurting the natural panda population.

Saving the Giant Panda from extinction is not going to happen overnight, but the important take away from this article is that conservationists are questioning the best ways to save the species in the wild. Questions generate ideas, and ideas generate solutions, bringing conservationist closer to a positive solution to save these gentle giants.

Click here to read the rest of the article.

One thought on “Saving a Gentle Giant”