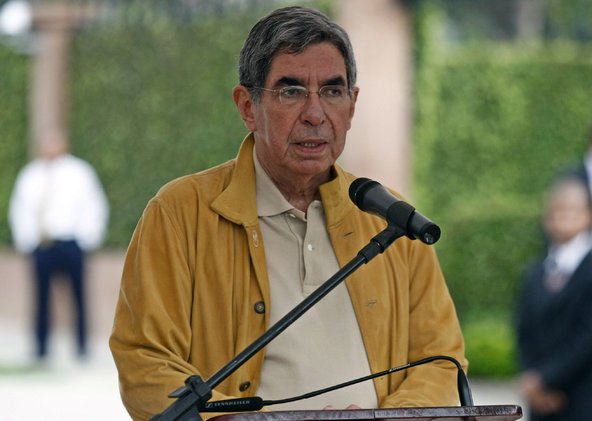 I was rushing through an airport recently, in transit between one workplace and another, when the man in the picture above walked past me and our eyes connected; we both stopped.  We were not in his country or mine. There was no reason for him to remember who I was, but I had good reason to greet him with “Mr President, you are looking well.” The man has not seemed to age a day since I first met him nearly 20 years ago.

To my astonishment, he recognized me and reminded me that our last meeting was in his office in Costa Rica with a group of conservation-oriented investors interested in that little country’s commitments to its national park system. Oscar Arias played an important role, as President nearly three decades ago, and then again as President in the last decade, innovating a more sustainable future for the national park system, and these investors were interested to hear his views.

Lest anyone misinterpret this as an exercise in name-dropping, my point in mentioning this is very much the opposite. Costa Rica, to use a great metaphor from an otherwise not great sport, “punches above its weight class” in conservation, in health indicators, in education, and even in happiness.

This explains its success in attracting foreign direct investment, and makes all the more remarkable that a Nobel laureate who has twice been president of Costa Rica is approachable and friendly, generous with his time. It is the Costa Rican way, without regard to status. He has time to say hello to a random gringo in an airport. He has time to come to India to say hello to the 15o million new voters (added to the hundreds of millions of experienced voters) engaged in the current exercise of the world’s largest democracy:

Lessons for the Largest Democracy From a Much Smaller One

A couple of weeks ago, I thought of Tony, a burly, cheerful, Costa Rican who drove a friend and me in his Toyota south along the highway from the Tortuguero National Park to the border with Panama. In fluent if ungrammatical English he told us he was taking us somewhere that would tell us more about his country, one of the longest-running democracies in Central America.

I was thinking of Tony one evening in a large hall in Mumbai as I listened to a lecture by a man who was also in Costa Rica when I visited — Oscar Arias, then the country’s president and a Nobel Peace Prize laureate.

On the last day of his visit to India, this admired world figure spoke about his country, and mine, to an audience of only 25 people, which was a pity because his ideas for world peace might have resonated with Indians during this election season.

“My vessel is a humble one,” Mr. Arias began, “but one of which I am proud. I have been sent to this vast and mighty nation by a small country of coffee fields and volcanoes and tropical forests. I have come to this largest democracy in the world from the oldest continuous democracy in Central America.”

From there, Mr. Arias expanded on a theme he called the “Century of Reason,” a vision of hope for the 21st century. The way he painted it, we are at one of history’s turning points: In this still young century, he believes, “humanity will abandon the beliefs that have promoted violence and increased poverty around the world.”

One thought on “Costa Rica And India, Friends In And Friends Of Democracy”