As the sun drifts below the horizon and the Jamaican bush is lit up with stars, the Northern Potoos begin to duet. QUAAAA-QUA-QUA-QUA-QUA QUA screams one into the night. Its neighbor responds in kind. As darkness settles over our tents, we fall asleep listening to their song.

Potoos are very odd birds. (This group of near passerine birds are related to frogmouths and nightjars.) During the day, they are practically impossible to spot, due to their legendary camouflage. They generally freeze at the end of a branch, and their streaky brownish and grayish plumage resembles an extension of their perch. Although we checked many snags while in Jamaica, we could never find a potoo in the daytime.

At night it was another story. Potoos are nocturnal, or active at night, and they like to hunt in open fields at the edge of the forest. They have huge eyes, which glow bright orange when light is shined in their direction. With headlamps, we were able to spot potoos perched on posts hundreds of feet away. 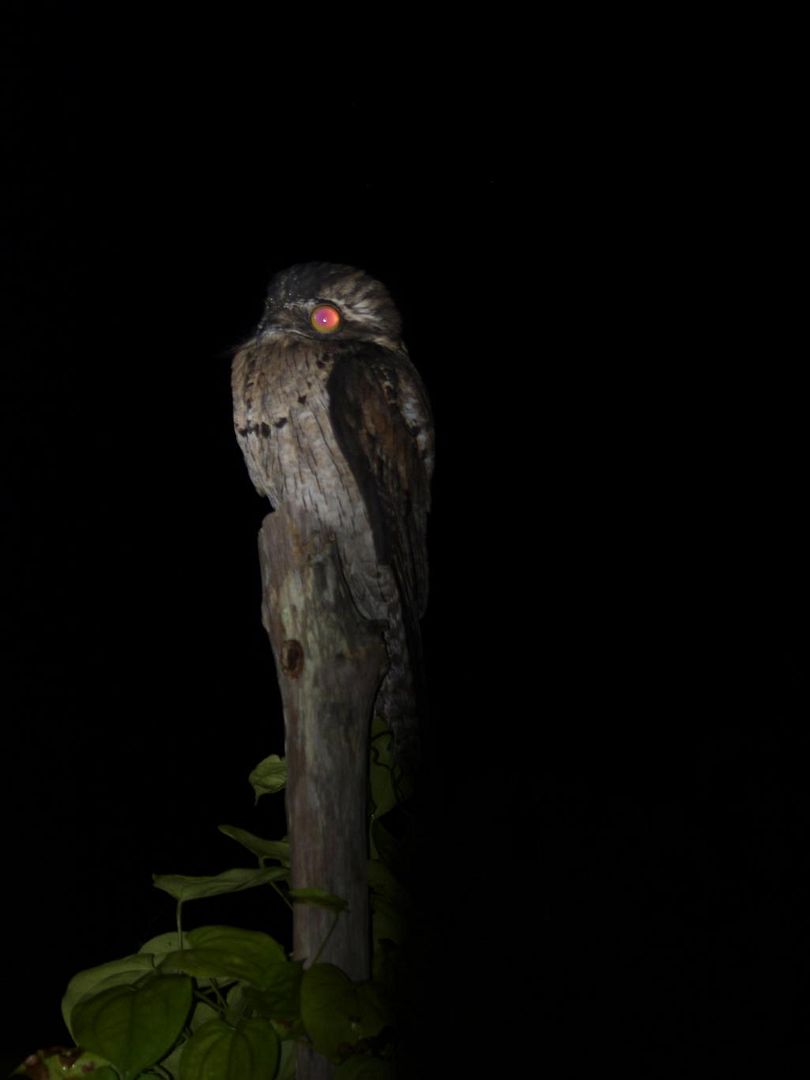 Once we spotted a potoo, we often could get quite close before it would spook. Seth managed to slowly approach to within 4-5 feet of a potoo perched on a fencepost in Windsor. At the cattle ranches in Windsor, we observed 3 potoos foraging. One incredibly cooperative individual, affectionately named Boris by biologists at Windsor, allowed us to take video and photographs as it sat on a fencepost just 10 feet away.