Whenever we see a story about innovative, excellent food that involves no animals, we check on its suitability for this blog. We are not committed, by any means, to exclusive consumption of vegetarian cuisine but we believe going easy on the meat is a good way to do the green thing. This headline makes me think of the several of us contributing here who spent time in Ithaca, NY USA; and especially makes me think of a certain restaurant, Moosewood by name, that may have been the reference in Little Sprout Grows Up by Jeff Gordiner: 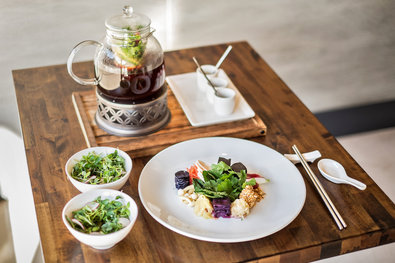 Dishes at Dirt Candy tend to be composed and clever, but unapologetically crave-inducing. Here, the cabbage hot pot. Ben Russell for The New York Times

Back when the chef Amanda Cohen was running her restaurant, Dirt Candy, out of an East Village nook that felt only slightly more commodious than a gopher hole, she received a call from someone representing a famous man who wanted to eat her food. Although they may hesitate to admit it, most chefs in New York would mount a synchronized swan dive into the iced-over Hudson River if it would help entice celebrities through their front doors. But Dirt Candy, in spite of being one of the most prominent and influential vegetarian establishments in the United States, was so small it almost qualified as a bonsai restaurant. Ms. Cohen had only 18 seats. She didn’t feel right giving a pair of nonfamous customers the cold shoulder. 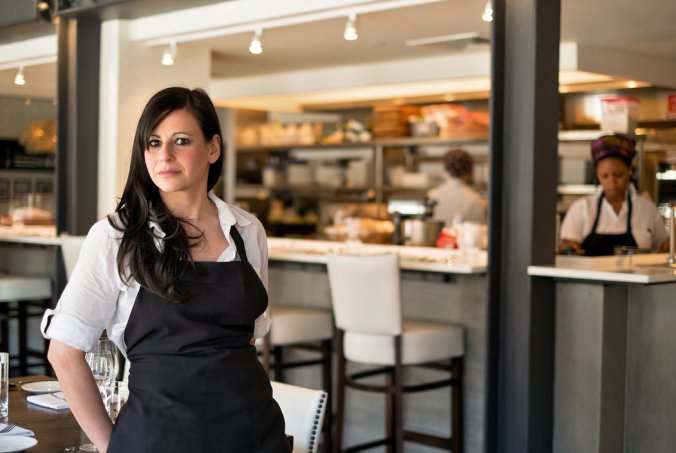 So she found herself saying no to Leonardo DiCaprio.

“It was very hard for some of my staff,” she recently recalled. It got even harder that night: The nonfamous customers never showed up.

Maddening logistical challenges involving no-shows and stymied movie stars should be a thing of the past for Ms. Cohen. Earlier this month she opened a reboot of Dirt Candy on the Lower East Side with a much-augmented staff and seats for about 60 customers. At 40, for the first time in her career, she has a reservationist (Cristina Spano) answering the phones. She has the bandwidth for a full bar and a dedicated bartender (Karla Harscheid). She has a pastry chef (Alycia Harrington) overseeing dishes like a chocolate-onion tart and a carrot meringue pie. To maintain control, she’s financing it herself, with help from her family. (She has been married to the writer Grady Hendrix for almost 22 years.)…