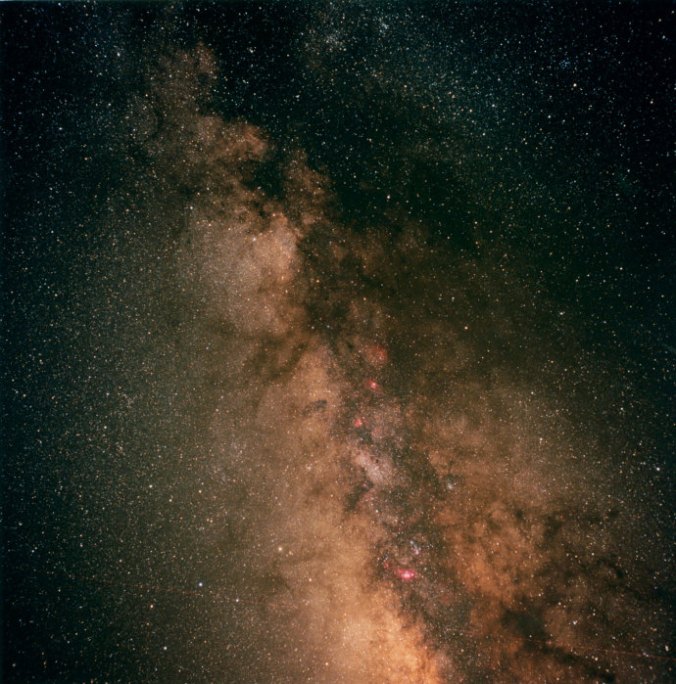 While pondering our own local attractions in the universe tonight, our minds will certainly wander, in wonder, toward the colors further afield, thanks to this post in the Elements section of the New Yorker‘s website and some of our earlier posts on this topic:

What Are the Colors of Alien Life?

Just before it became the first man-made vessel to leave the solar system, in 1990, Voyager 1 took a portrait of Earth, some four billion miles away. Our pinprick of a planet occupied a mere twelve per cent of one pixel, but its atmosphere, rich in water, oxygen, and ozone, reflected and scattered the glow of the sun in an unmistakable way; the astronomer Carl Sagan dubbed Earth the “pale blue dot.” Now, a quarter of a century later, a new generation of telescopes promises to let astronomers capture similarly small portraits of Earth-sized planets beyond our solar system—dots that may well be electric green or neon pink. And, just as Voyager’s image of Earth provided a pale-blue clue to our planet’s atmospheric chemistry, the colors of alien worlds will contain valuable information about their ability to support life. As Lynn Rothschild, an evolutionary biologist at NASA’s Ames Research Center, put it, “You have to milk that one lousy pixel for everything it has got.”

Last month, in the Proceedings of the National Academy of Sciences, Rothschild and her colleagues Siddharth Hegde, Lisa Kaltenegger, Ryan Kent, and Ivan G. Paulino-Limab announced the creation of an open-access database that aims to help astronomers do just that. It is a library of so-called biosignatures, the colors that living creatures—in this case, a hundred and thirty-seven species of microbe—reflect back when illuminated. The spectra range from the egg-yolk yellow of Halorubrum chaoviator, a single-celled organism that Rothschild’s husband isolated from Pacific sea salt, to the deep blue-green of Dermocarpa violacea, a cyanobacterium that was collected from an aquarium outflow in La Jolla, California. Viewed side by side in their petri dishes, the library’s sample colonies look like a set of punk eye shadows. “Among microbes, I think we’ve done a pretty darn good job of getting a snapshot of what colors exist on Earth,” Rothschild said…