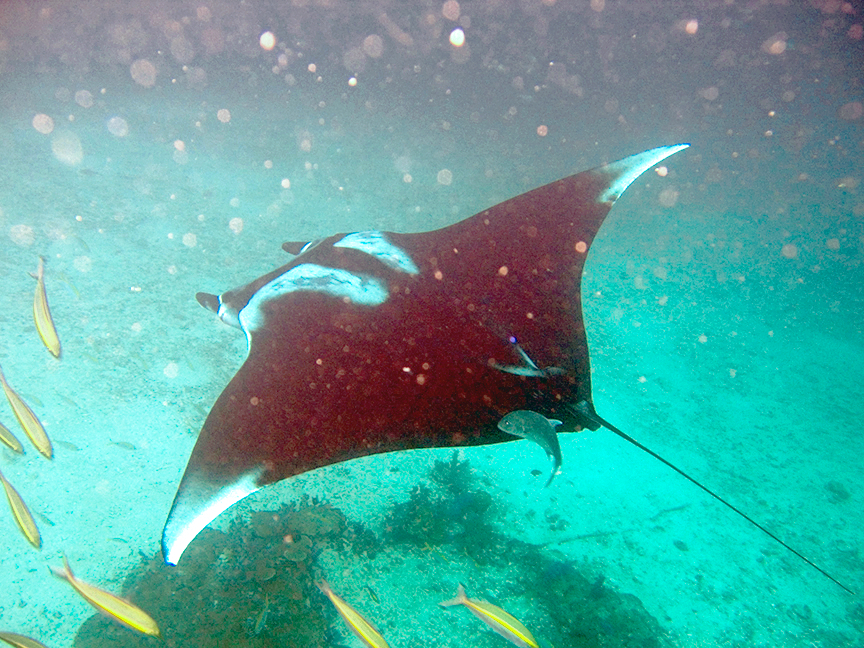 We’re no stranger to the benefits of manta rays, especially with contributor Phil Karp’s writings on the subject. The accidental catch of a giant oceanic manta ray (we’re talking about a fish that can weigh up to two tons!) in the northern coast of Peru resulted in the passing of a new law that will significantly help the preservation of this endangered species. On December 31, 2015 the Peruvian government passed a resolution that bans manta fishing and requires the immediate release of mantas that are accidentally caught as “bycatch.”

It’s not unusual for manta rays to get tangled in nets or fishing lines. But rays are also deliberately targeted for their meat and gills plates, which filter out plankton as they swim. The gill plates are considered a culinary delicacy in China, where they’re also used in traditional medicine to reduce toxins, enhance blood circulation, cure cancer, increase breast milk supply, and treat chickenpox and other ailments. There’s no scientific evidence that manta potions are effective in any of these instances.

This resolution is of particular importance given that Peru is home to the world’s largest known population of giant manta rays and certain regional populations have dropped by 80 percent in the past 75 years.

With its new regulations, Peru joins 12 other countries with varying degrees of manta ray protections. Peru’s mirror those in neighboring Ecuador, which is important for the regional population because the mantas migrate between the waters of the two countries.

3 thoughts on “The Unexpected Manta Rays”