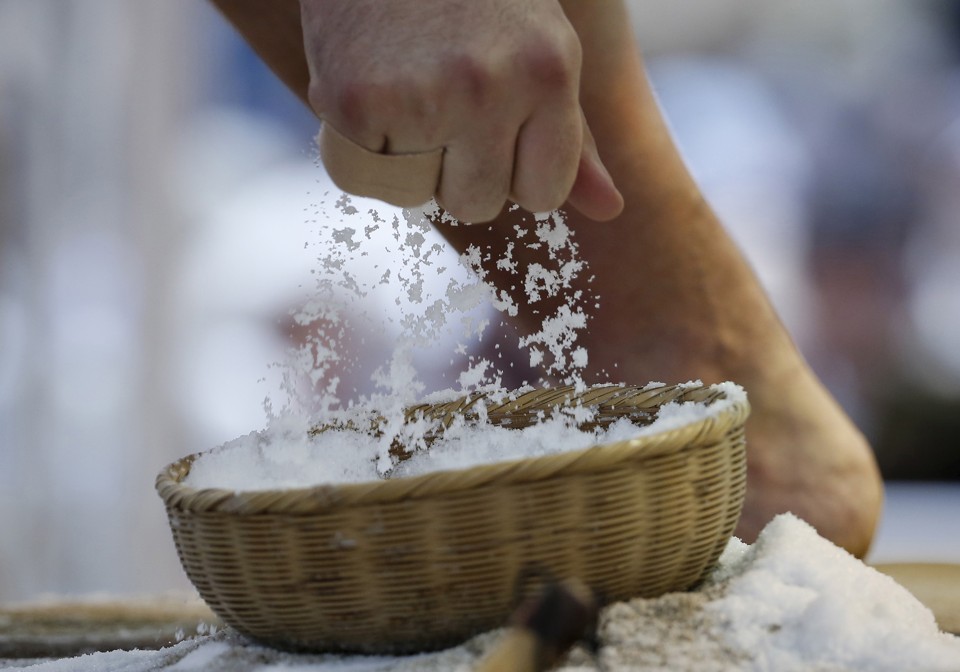 Yuya Shino / Reuters via The Atlantic

Almost exactly five years ago, I quoted Mark Kurlansky’s book focused on the history of an Atlantic fish species, Cod. I knew he’d written another book on the history of salt, but haven’t read it yet. With a podcast episode from Gastropod that was featured in The Atlantic recently, I got a nice summary of the subject and learned even more about the current issues revolving around sodium.

Salt is a magical substance. It reduces bitterness, enhances sweetness, boosts flavor, and preserves perishable foods. Without it, we would die: The human body can’t make sodium, but our nerves and muscles don’t work without it. It was considered rare until quite recently, so it’s hardly surprising that, throughout history, salt has been the engine behind empires and revolutions. Today, there’s a new battle in the salt wars, between those who think that we eat too much of it and it’s killing us—and those who think most of us are just fine. Join us for a serving of salt, seasoned with science, history, and a little politics.

One of salt’s many mysteries is how our ancestors first figured out that they needed it: unlike hunger or thirst, someone suffering a sodium deficiency doesn’t crave salt. What’s more, until humans began farming, we had no need to add salt to our diets—even today, Masai hunter-gatherers can get enough salt simply by drinking the blood of their livestock. But, however our need for salt was discovered, extracting it and trading it has shaped human history. From the very first brine wells in Sichuan province, China, to Mahatma Gandhi and the Indian independence movement, author Mark Kurlansky helps us trace the impact of salt through language, taxation, cuisine, and empire.

Although salt was one of the world’s most valuable commodities for millennia, modern geology, technology, and food processing has made it cheap and ubiquitous. Globally, we each eat an average of 3,500 milligrams of sodium a day—a little more than a teaspoon and a half of salt. According to institutions such as the World Health Organization, the U.S. Centers for Disease Control, and the American Heart Association, that’s too much, and, if we want to avoid dying from cardiovascular disease, we need to reduce our consumption. But is that really true?

If that teaser is enough to interest you, read the rest of the article from The Atlantic here or visit Gastropod’s podcast directly.