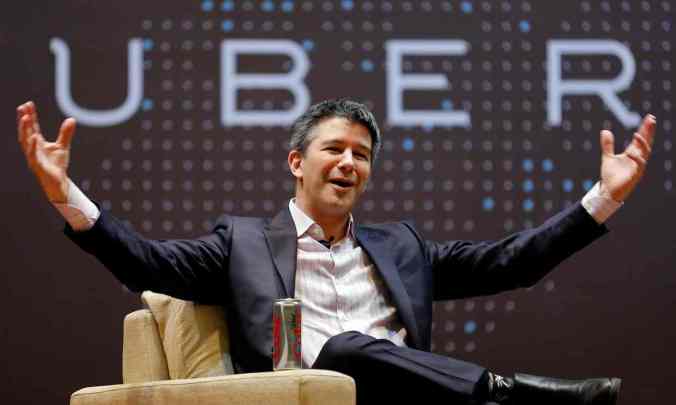 Travis Kalanick wrote in an email to Uber staff on Thursday that he stepped down after he spoke with Trump about his immigration executive order ‘and its issues for our community’. Photograph: Danish Siddiqui/Reuters

We appreciate the Guardian’s continued attention to stories that illustrate model mad
actions, wherever or however they might happen. The fertility of the soil, the richness of the ecosystem in which people are expressing themselves in novel model mad manner, is helping us imagine we will see through the dark cloud sooner rather than later:

Uber CEO Travis Kalanick is stepping down from Donald Trump’s economic advisory council following intense criticism and an online boycott of the company over its ties to the new administration, the company confirmed Thursday.

“Earlier today I spoke briefly with the president about the immigration executive order and its issues for our community,” Kalanick wrote in an email to Uber staff obtained by the Guardian. “I also let him know that I would not be able to participate on his economic council. Joining the group was not meant to be an endorsement of the president or his agenda but unfortunately it has been misinterpreted to be exactly that.” 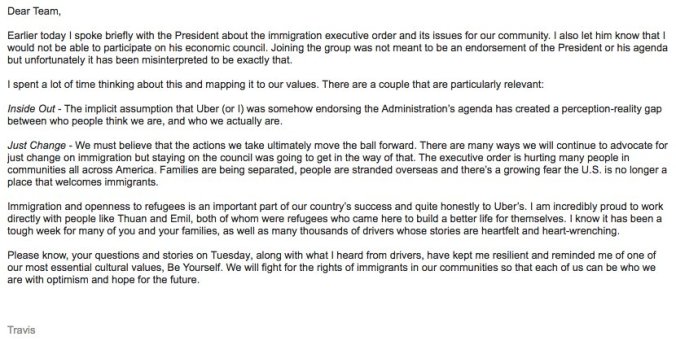 The company faced a viral boycott campaign in the wake of Trump’s executive order banning immigrants and refugees from seven Muslim-majority countries. Uber’s non-participation in a work stoppage called by the New York Taxi Workers Alliance, in addition to Kalanick’s position in the economic advisory group, led many users to pledge to #DeleteUber, a hashtag that trended on Twitter and Facebook over the weekend.

Uber has not revealed how many users deleted their accounts, but it was enough that the company implemented an automated process to handle the demand.

News of the resignation was first reported by the New York Times.

Trump’s executive order has faced widespread backlash in Silicon Valley, where many top executives and company founders are immigrants and where companies rely heavily on highly skilled workers from abroad.

Executives from companies including Google, Apple, Microsoft, Facebook, and Netflix spoke out against the travel ban. Many companies announced donations to civil liberties or refugee rights organizations, and some have announced intentions to support legal challenges to the order.

Kalanick initially seemed hesitant to criticize the executive order. In an email to Uber staff that he shared on Facebook on 28 January, the CEO wrote, “This ban will impact many innocent people — an issue that I will raise this coming Friday when I go to Washington for President Trump’s first business advisory group meeting.”…