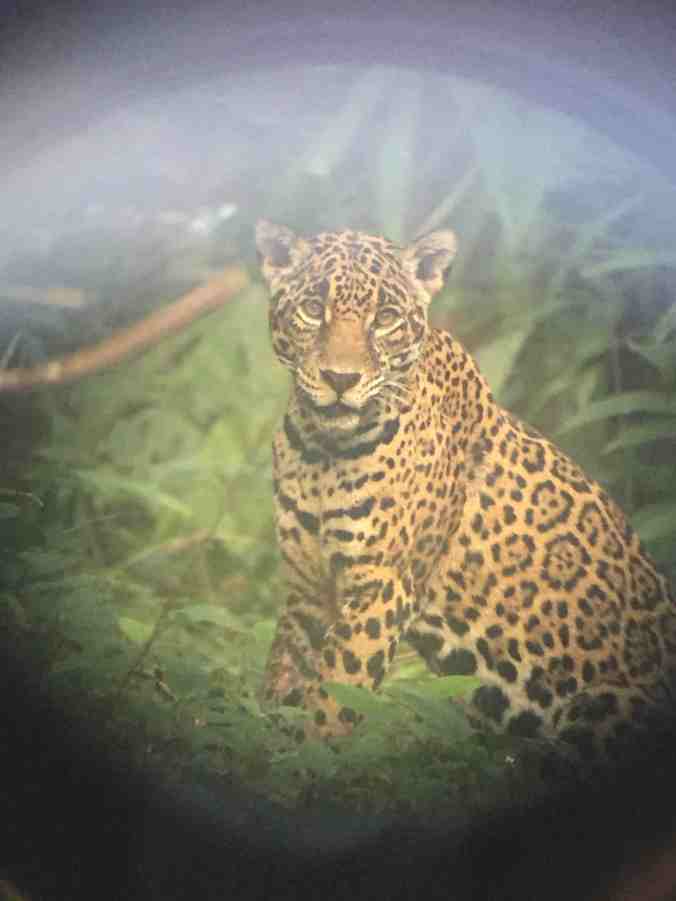 I was just starting to think how surprisingly awesome broccoli is, when a guest at Chan Chich Lodge showed me the photo he took about an hour ago. It was taken using his phone, through the scope that our guide Luis had while they were on the morning Gallon Jug tour. That complements well, to say the least, the photo the guest took with just his phone last night.

It is blurry because the only light on the subject is a flashlight the guide uses to find wildlife on the night safari. And the phone camera, as good as it is, does not have the ability to get a crisp image in the absence of light. But it is a positive sighting. The tapir is part of the diet of the jaguar, so seeing this on the Chan Chich property, not far from where the jaguar was seen on the Gallon Jug property, makes sense.

The guests who saw these two creatures are 4th-time visitors to Chan Chich and they must have had some great sightings on previous visits to bring them back again; but they had never seen a jaguar or a tapir, so you can imagine how they feel now.