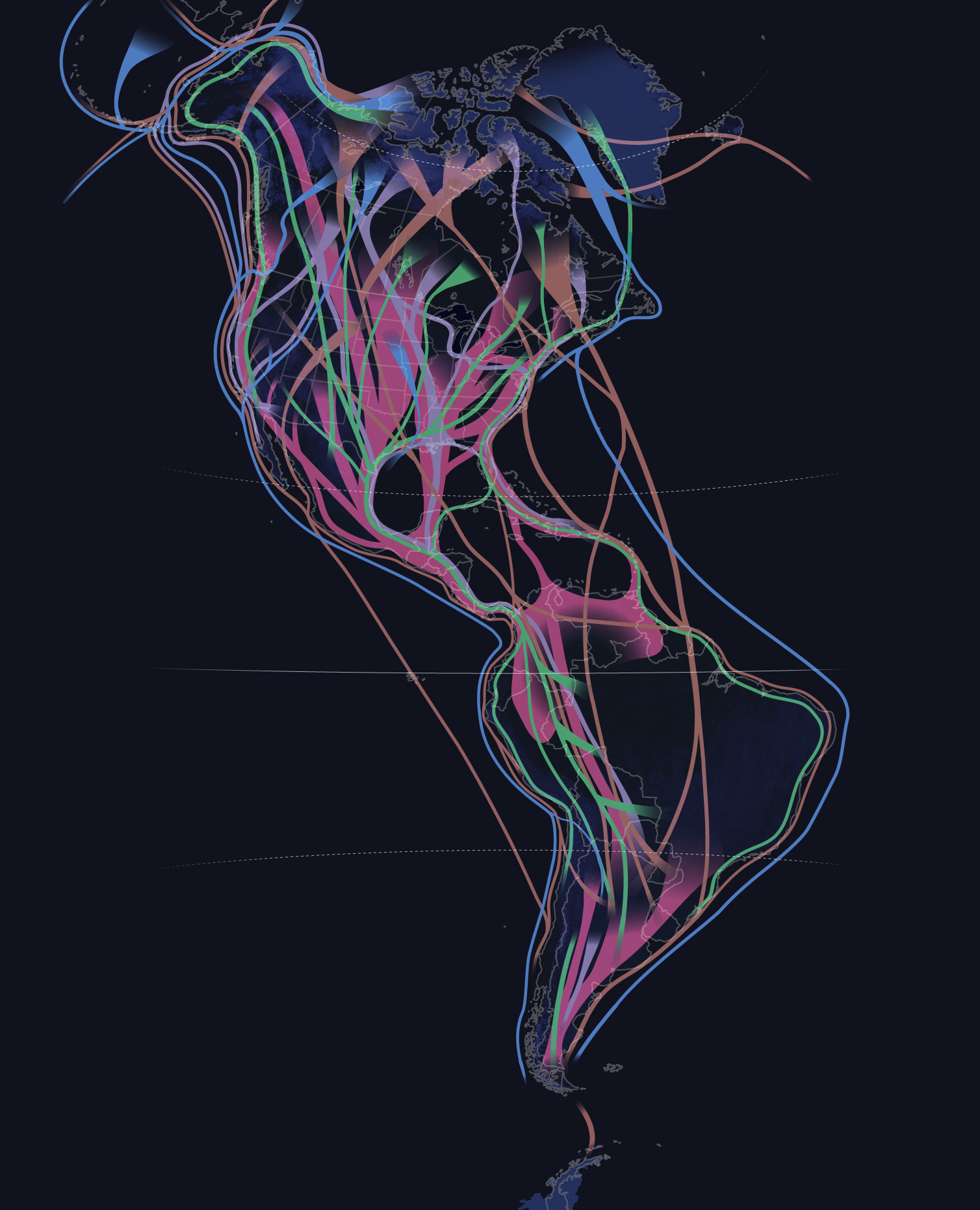 In 2016 I wrote a couple times about eBird’s data––the observations contributed by citizen scientists––being used for migration maps, among other things. Those posts included animated gif images that illustrated the flow of thousands of birds across the Western Hemisphere at different times of year, which could be used in a casual setting to predict when to go out looking for a target species one wants to see in the wild, or in a conservation setting to know what time of the year is best to enforce certain environmental regulations, like open hunting or hiking seasons in sensitive areas. The moving maps also served as a mesmerizing graphic to simply astound us with the magnitude of travel these birds are undertaking.

But if you thought the gifs in the above posts were impressive, head to the new interactive map by National Geographic, which still draws largely on eBird data but is supplemented by satellite imagery and other media.

Scroll through the whole process on their webpage here.