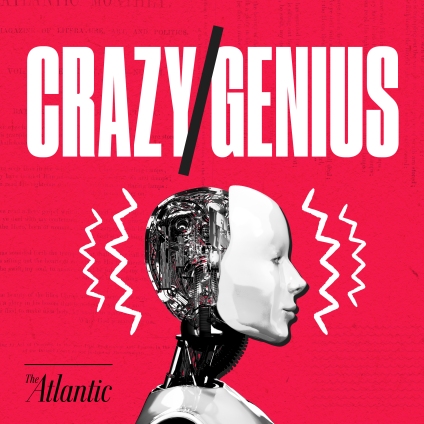 I had already been impressed with the Atlantic’s weekly interview podcast, but since that most often has to do with politics or other topics not central to our purpose here, I have never linked to one of those. But here is an 8-episode show, whose first guest is one of my favorite thinkers currently. The host, Derek Thompson, is another plus, and the topic is quite timely:

In the last 18 months, Facebook has gone through one of the worst public relations crises of any major tech company. In this episode, two guests debate whether Facebook is fixable, or whether its business model is designed to sell us lies.

When I signed up for Facebook during my freshman year of college, I knew exactly what it was: an online college directory. Thirteen years and 1 billion users later, nobody seems to have any clue what it is. Facebook has launched a thousand metaphors, earning comparisons to a cable company, a railroad, a virtual supranational government, and a grapevine for lies. In the past 18 months—perhaps the worst year and a half in its existence—critics have accused Facebook of promoting fake news, hate speech, and nefarious propaganda.

Facebook’s epistemic crisis is perhaps the biggest story in tech and media from the last year. In the first episode of The Atlantic’s new tech podcast, Crazy/Genius, I set out to answer the question: Is Facebook really fixable, or is every platform built to merchandise our attention inherently designed to sell us lies?

In this episode, I talk to Tim Wu, a professor of law at NYU, who traces Facebook’s fake-news problem back to a surprising origin and argues that the social network’s flaws are unfixable…