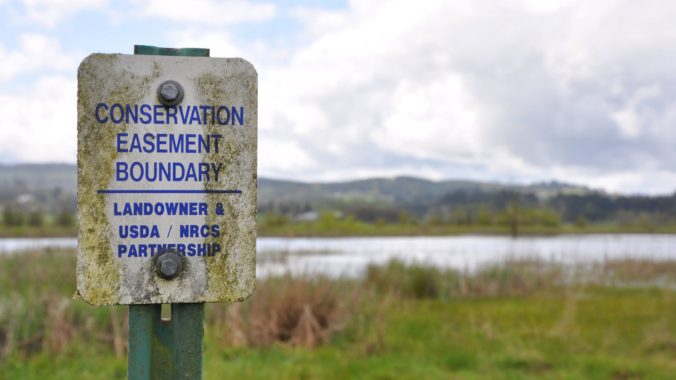 The boundary of land under conservation easement in Marion County, Oregon. TRACY ROBILLARD/NRCS

Richard Conniff does not always have the answers, but he always asks the right questions:

Taxpayer-funded conservation initiatives on private land cost the U.S. public hundreds of millions of dollars a year. Yet information on where these lands are and how they are being protected often is not monitored or publicly available, raising questions about the programs’ effectiveness.

Earle Peterson walks through his 1,200-acre property in Burlington, New York, which is protected through a conservation easement. WILL PARSON/CHESAPEAKE BAY PROGRAM

A few years ago, an environmental lawyer named Jessica Owley set out to learn how well it works when the federal government allows development in the habitat of an endangered species. Under the terms of these deals, introduced in the 1980s to mollify opponents of the Endangered Species Act, the developers provide mitigation, typically with a conservation easement on some other parcel of private land.

Owley focused on four California examples, out of the almost 700 so-called Habitat Conservation Plans (or HCPs) that now exist nationwide. She had a long list of questions, from “Where are the protected parcels?” to “How do endangered species fare in the face of these deals?” 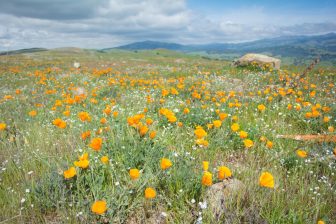 “I ended up being stopped at the first question,” says Owley, now a professor at the University of Buffalo Law School. “It wasn’t just that I couldn’t find the HCP sites, but the U.S. Fish and Wildlife Service didn’t know and couldn’t find them.” In one case, an HCP to protect the Mission blue butterfly outside San Francisco, nobody had even bothered to record the easement in municipal land records. Owley came away thinking that a lack of transparency is standard for conservation practices on private land — even when these practices are paid for by taxpayers and meant to serve a significant public interest.

Conservation on private land costs the public hundreds of millions of dollars a year. Just from 2008 to 2012, for instance, landowners donating conservation easements claimed tax deductions that cost the U.S. Treasury $1.6 billion. (Land is typically conserved either by outright purchase or, less expensively, by easement — a deeded agreement by the owner to protect a property in perpetuity.) That’s in addition to a host of other costs — for instance, local property tax reductions for managing land in a particular way, or federal programs that pay farmers for conservation initiatives on their land.

These programs provide enormous public benefits, with easements alone protecting an estimated 40 million acres of natural habitat in this country. And yet the public in many cases has no way to know how its money is being spent, or whether it’s a good deal for either the environment or the taxpayer. Over the past 10 years, the National Conservation Easement Database has made a concerted effort to fix that. It’s managed by the Trust for Public Land (TPL), a nonprofit group working on open space issues with communities nationwide, and Ducks Unlimited, a nonprofit focused on wetland protection. The database currently maps and provides information on 158,422 conservation easements, encompassing about 27 million acres of land nationwide. That represents about two-thirds of the estimated 40-million-acre easement total. (TPL also maintains the Conservation Almanac, mapping the results of federal, state, and local funding for land conservation over the past two decades. The U.S. Geological Survey maintains a national inventory of public protected areas, but that covers just 60 percent of state, regional, and local holdings.) Yet tens of millions of acres of protected land, representing hundreds of millions of dollars in conservation spending, are either missing or with incomplete data. The degree of transparency also varies wildly depending on whether you happen to be looking at the local, state, federal, or international levels.

In 2017, the U.S. Office of the Inspector General lambasted the Interior Department for “putting grant funds at risk of waste and abuse” by failing to track how much it spends to purchase land for conservation, how much land it has purchased, and whether grantees are putting that land to its intended use. Of 561 grants for land purchases in fiscal 2014 and 2015, at a cost of $574 million, the Inspector General found that only 56 percent of the grantees had even bothered to file the follow-up reports required by the department.