The vernal equinox falls on March 19 nationwide this year. It’s the earliest start to spring since 1896. This photo shows the Earth shortly before the moment of the equinox on March 20, 2019.
GOES-East/NOAA Environmental Visualization Laboratory

It is extra early, which seems none too soon from our point of view:

Spring Starts Today All Over America, Which Is Weird 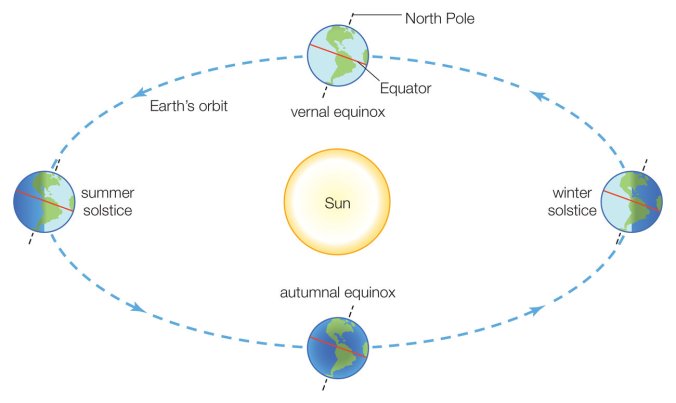 On the equinox, day and night are roughly equal everywhere on Earth. The date varies because the 365-day calendar doesn’t perfectly line up with the motion of the Earth around the Sun. Encyclopaedia Britannica/Universal Images Group via Getty

Perhaps you are mildly surprised to learn that March 19 is the first day of spring. Perhaps you learned as a child that the spring equinox — when day and night are roughly the same length — occurs on either March 20 or March 21.

Indeed, the equinox has historically fallen on one of those dates. This is the first time in 124 years the first day of spring has occurred on March 19 nationwide, irrespective of time zone — even the graphics on the National Weather Service’s website have yet to catch up with the new reality.

So, how did we end up with an extra-early spring?

Defining spring: maybe not what you expect

The word “spring” refers to two things: the weather that happens between winter and summer, which is meteorological spring; and one portion of the Earth’s oval-shaped journey around the Sun, which is astronomical spring.

They don’t necessarily line up with each other, because the climate can change (as it is now, causing spring weather to arrive earlier) but the Earth’s orbit basically remains the same.

When we talk about the vernal, or spring, equinox, we’re talking about astronomical spring.

Astronomical spring begins in the northern hemisphere at the moment around this time of year when the Earth’s axis is tilted neither toward nor away from the Sun. The moment is the same everywhere, but the time and even the date when you experience that moment depends on your time zone.

And that means the first calendar day of spring can vary across the U.S.

Some parts of the United States have technically experienced the spring equinox on March 19th multiple times in the last two decades, specifically during leap years (more on that in a moment).

This year people in the Eastern time zone are finally joining the rest of the country and we are celebrating the earliest nationwide March 19 equinox since 1896.

But why isn’t the time of the equinox the same each year?…