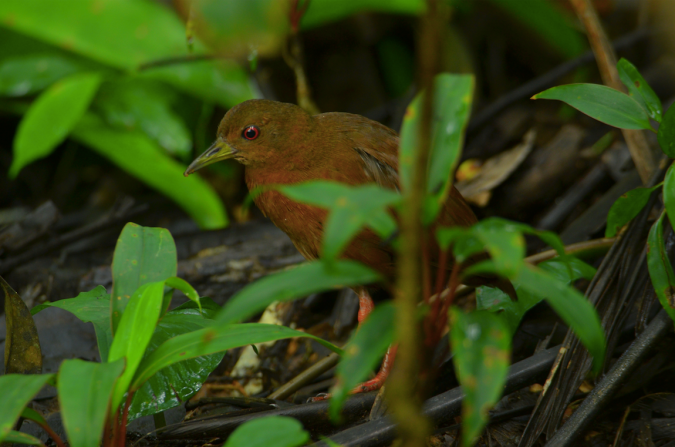 On the morning of May 9 during Global Big Day 2020 an unfamiliar whistle resounded in the grasslands and bushes along the edge of the huge garden of Macaw Lodge. I would never have imagined that it was a Uniform Crake, but thanks to the keen hearing of guides Beto Guido and Marco Umaña, we were able to register this species for the first time in the Macaw Lodge Private Forest Reserve. The record was made only by the bird song, and despite the team’s effort to try to spot it, we could only hear it.

This elusive and shy crake (Amaurolimnas concolor) has rarely been sighted in the Costa Rican Central Pacific, so this record was of great importance to the region. Because it prefers to inhabit dense undergrowth thickets, it is usually identified by  its sound rather than by actual sightings.

A few weeks later Lisbeth Quiroz, chef at Macaw Lodge pointed out an unknown song very close to the kitchen, which was repeated day by day, and soon we noticed that we had them residing practically next to the hotel, one day I could even film one walking calmly by the reception area.

That poor quality video taken with my phone, was enough to motivate Beto to return in search of the “photo of the crake”, and a few days later he was again at the hotel, calling the bird at five in the morning. After a couple of hours lying patiently next to the stream, he finally managed a documentary photo. 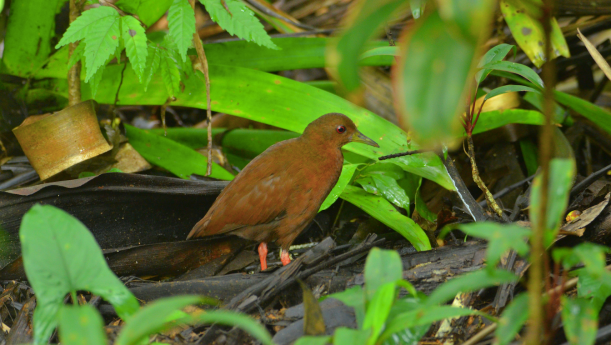 But that image was not going to satisfy him, so a few days later he returned for the gold trophy and working together we managed to get a couple of Uniform Crakes to walk in front of Beto, who shot a series of photos, while I herded the birds in his direction. The results were spectacular.

For more than two months now we have been pleased to have these new residents in the gardens of Macaw Lodge, the 348th species for the ecological sanctuary. We hope that the number of recorded sightings of this and other rare species continues to grow, these types of events are those that encourage us to continue with our mission of restoration of biodiversity.