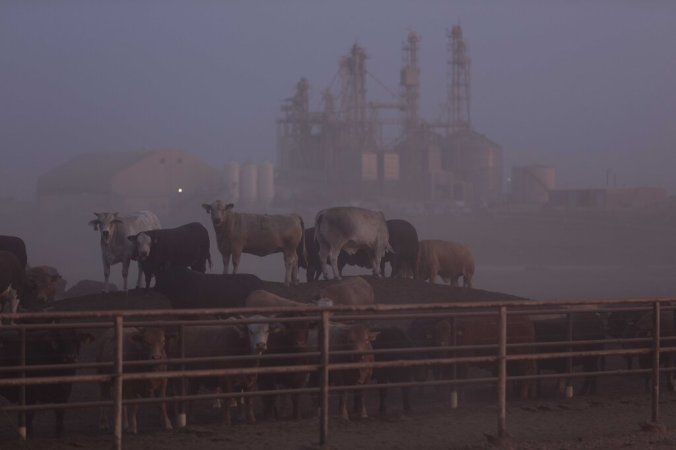 A dust cloud over the Bovina Cattle Company’s feed yard near Bovina, Texas.

As we all hopefully make progress on our reduction of meat consumption, the science writer Henry Fountain and George Steinmetz (photographs and video) add to our understanding of how cattle are raised now, and what could change to reduce the carbon footprint: