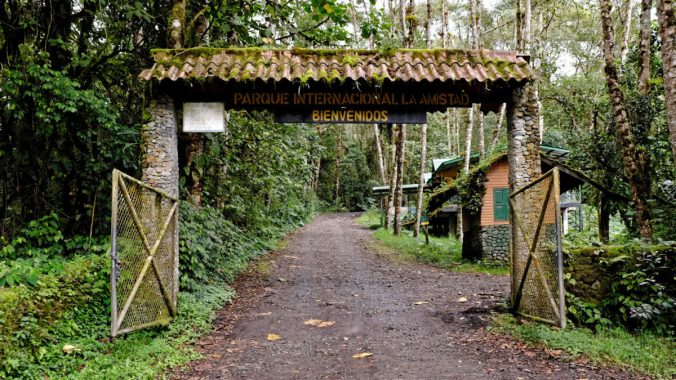 The entrance to La Amistad National Park, which will now be controlled by the Naso under a joint management plan with the government. EDDIE GERALD / ALAMY

We offer coffee from the oldest organic coffee farm in Latin America, which sits on the border of the La Amistad International Park. During our visit to the farm in late 2019 we heard firsthand the family history that led to the creation of what is now a transnational park, while retaining a large private protected area named Hacienda La Amistad (coffee is farmed on a small percentage of that land). Recently Fred Pearce, who frequently writes about forest management best practices, shares news from Panama focusing on the decision to transfer park management to an indigenous community whose ancestral lands in:

Forest Defenders: A Panamanian Tribe Regains Control of Its Lands

With a landmark court ruling, the Naso people of Panama have won the rights to ancestral territory that includes two national reserves the tribe will now help manage. The victory comes as mounting evidence shows that Indigenous groups are often the best protectors of their lands. 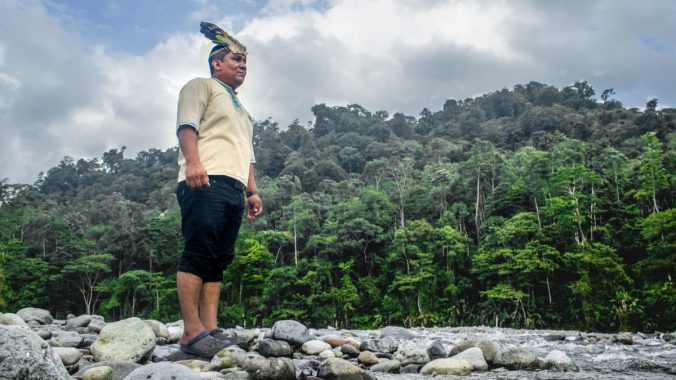 Reynaldo Santana, the King of the Naso, on the banks of the Teribe River in northwest Panama. NORLANDO MEZA

Tribal groups in Panama are celebrating a victory for their rights to control some of Central America’s largest forests — a victory that could benefit conservation throughout the region.

The landmark ruling, by the country’s Supreme Court, upholds a claim by the Naso people of northwest Panama — who live in remote villages, grow subsistence crops, maintain their own forests and native language, and elect their own monarch — to create a semi-autonomous territory, known in Panama as a comarca, covering some 400,000 acres of their ancestral lands.

“This is an act of justice that will restore tranquillity to the Naso by securing our land,” says the King of the Naso, Reynaldo Santana. “We will be able to continue what we know best and what our culture and way of life represents: taking care of our mother earth, conserving a majestic forest, and protecting the country and the planet from the effects of climate change.”

The ruling, issued in October, might give conservationists pause, because most of the Naso territory has since the 1980s been designated as part of two state-protected areas — La Amistad National Park and the Palo Seco forest reserve. The judges found that, contrary to past claims by the Panamanian government, this status was no bar to the territory being recognized as a comarca — Indigenous land rights had priority. The parks will continue to exist, but under Indigenous control through a joint management plan.

The Naso people, who number around 3,500, say conservationists should be applauding the decision. For the Naso say they are the real forest protectors, and, given legal powers to exclude land invaders, will be better able to halt the advance of cattle ranchers and others than government officials hundreds of miles away.

Their backers, including the Rainforest Foundation U.S. (RFUS), which supports Indigenous rainforest protection, agree. They say Panamanian politicians have too often in the past used largely spurious claims about state conservation as cover for withholding land rights from forest communities, allowing officials instead to promote destructive projects such as hydroelectric dams and turn a blind eye to ranches and illegal logging. They point out that deforestation rates in Naso and other Indigenous lands in Panama are only a fraction of those in supposedly state-protected areas.

“For a long while, governments have used the overlap with protected areas as a reason not to title the land [to Indigenous communities],” says Joshua Lichtenstein, regional program manager for the RFUS. “It has often been an excuse. Where land has been growing in value for agriculture, mining, and ranching, there are powerful economic interests at play.”

Even when the Panamanian government has the political will, it has little capacity for enforcing laws in remote forests, Lichtenstein says. He estimates the country has only around 300 park rangers covering 121 nominally protected areas. “These areas are parks on paper, but not in practice,” he says. By contrast, “Indigenous people are on the ground, defending what is theirs.”…