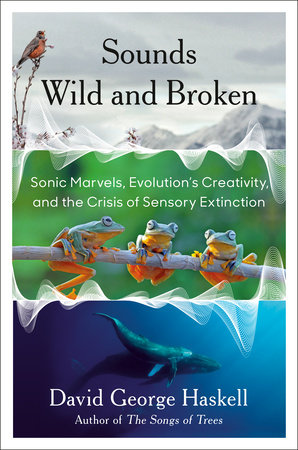 In early August, 2007 we arrived in a leafy suburb on the north side of Atlanta. We had spent the previous year living on this island, where doors did not have locks and during the daytime the only man-made sounds tended to be those of fishing boats coming and going. At night on that island there were no noises other than nature’s, including small waves hitting the shores and in summertime the crickets. On the first night in Atlanta I opened the window to let in the night air, and the sound of the superhighway, a mile or so away, was distracting enough that I had to close the window to sleep. It’s not that I had not appreciated the quiet of the island, but I was surprised by how much I had adapted to it. The opening of this book review, for these reasons, resonates with my own experience:

Lockdown was, among other things, a sudden collective experiment in volume control. Sound waves from the regular rush-hour thrum of cities usually penetrate more than a kilometre below the Earth’s surface. When Covid-19 forced humans inside, seismologists noticed the muzak of their subterranean instruments was quieted. The ancient rock of our planet came closer to the silence that it had known for nearly all of the first 4bn years of its existence. And the relative stillness was felt on the surface, too. People noticed voices from beyond the human world a little more readily, and those voices felt less need to shout to be heard. Scientists in San Francisco discovered that the city’s sparrows reverted to softer and lower pitched songs of a kind not heard since the invention of the freeway.

Biology professor David George Haskell’s often wonderful book is all about listening to those kinds of lost frequencies. It is a sort of rigorous scientific update on that 1960s imperative to “tune in and turn on”: a reminder that the narrow aural spectrum on which most of us operate, and the ways in which human life is led, blocks out the planet’s great, orchestral richness. Haskell’s previous acclaimed book, The Forest Unseen, was a thrillingly curious investigation of the life of one square metre of ancient Tennessee woodland. This new volume gives you the experience of closing your eyes in such a space and having your senses flooded with the background cacophony…