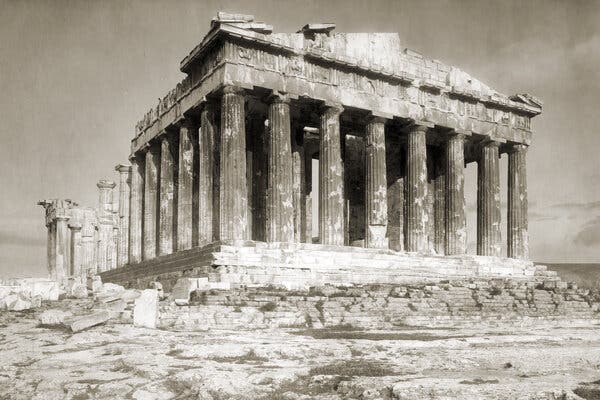 The Parthenon in 1875. Interfoto/Alamy 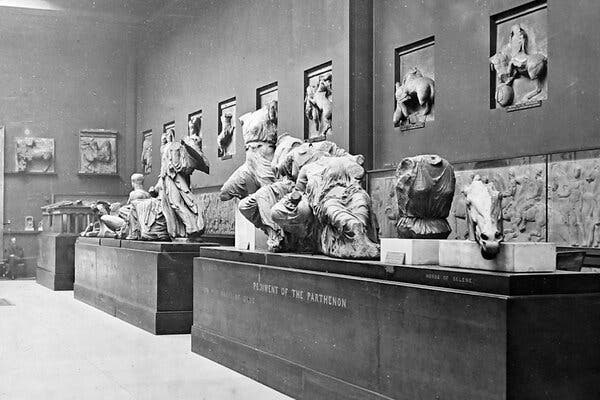 The Elgin Room of the British Museum in an undated photograph taken during the Victorian era. Keasbury-Gordon Photograph Archive, via Alamy

The original Parthenon marbles belong back in Athens, in the museum built for them. With all due respect to my British friends, my opinion is informed partly by my mother being from Greece, but mostly by an impartial logic.

That logic is expressed in the article below, which also happens to lay out an interesting sideshow: 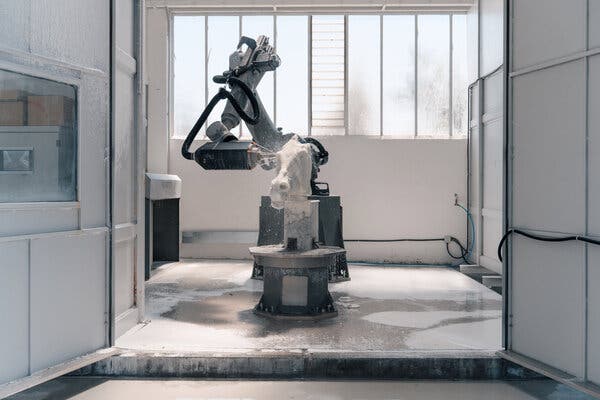 Robots at the Marmi di Carra marble workshop in Italy carved a replica of a horse head, the original of which sits in the British Museum in London.

The Robot Guerrilla Campaign to Recreate the Elgin Marbles

Few cultural disputes inflame British passions more than the disposition of the Parthenon Marbles. Public debate about the statuary has raged since the early 1800s, when the sculptures and bas-reliefs, which date from 447 B.C. to 432 B.C., were stripped from the Parthenon and other Classical Greek temples on the Acropolis of Athens by agents of Thomas Bruce, a Scottish statesman and seventh earl of Elgin. The marbles were purchased — some say looted — by Elgin during his time as ambassador to the Ottoman Empire, the occupying power; they have resided in the British Museum since 1817.

Greek campaigners have repeatedly called on Britain to repatriate the works, arguing that the Turks were a foreign force acting against the will of the people they had invaded. The works, commonly known as the Elgin marbles, would instead be exhibited in Athens, in a purpose-built museum at the foot of the Acropolis. In May, the country’s culture minister, the archaeologist Lina Mendoni, said in a statement to the Guardian, “Lord Elgin used illicit and inequitable means to seize and export the Parthenon sculptures, without real legal permission to do so, in a blatant act of serial theft.”

But officials at the British Museum have staunchly rejected the requests. Backed by a succession of British governments, the museum has justified retaining the marbles on the grounds that Lord Elgin acquired them legitimately; it claims that taking the relics to London helped to safeguard them from neglect and the corrosive effects of Athens’ acid rain and that they are part of a shared heritage, and thus transcend cultural boundaries.