Protesters have argued that you shouldn’t try to profit off the end of the world. New analysis shows that, in any event, you won’t. Photograph by David Grossman / Alamy

This is a short read with a big implication; as always we are grateful to Bill McKibben for his weekly newsletter:

A report by BlackRock, the world’s largest investment house, shows that those who have divested have profited not only morally but also financially.

In a few months, a small British financial think tank will mark the tenth anniversary of the publication of a landmark research report that helped launch the global fossil-fuel-divestment movement. As that celebration takes place, another seminal report—this one obtained under the Freedom of Information Act from the world’s largest investment house—closes the loop on one of the key arguments of that decade-long fight. END_OF_DOCUMENT_TOKEN_TO_BE_REPLACED 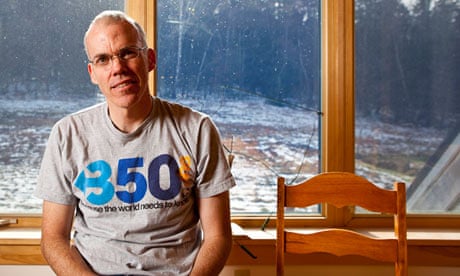 Photo of Bill McKibben by Corey Hendrickson/Polaris via The Guardian

We’ve been sharing pieces about or by Bill McKibben for many years now, like this interview from 2012, the news that he was stepping down from leading 350.org, a piece he wrote for the Guardian last year, and the story of his direct activism in New York a couple months ago. He’s now published an article, once again in the Guardian, about the need to take action around the world against fossil fuel companies. “The time has come to turn up the heat on those who are wrecking planet Earth,” McKibben writes, the question being, what are we all waiting for?

Global warming is the biggest problem we’ve ever faced as a civilisation — certainly you want to act to slow it down, but perhaps you’ve been waiting for just the right moment.