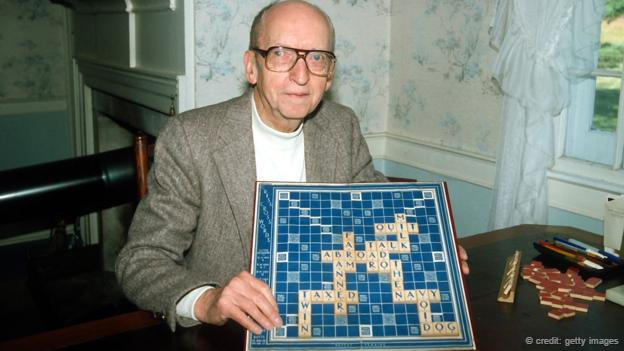 The game also formerly known as It and Criss-Cross Words acquired its lasting moniker in 1948, but its story begins 15 years earlier, when a 32-year-old architect named Alfred Mosher Butts joined the millions who’d already lost their jobs in the Great Depression. PHOTO: Getty

A game played avidly by amateurs and pros alike. In jails and by the British Royal Family, and has fans even at The White House. No other game brings wordsmiths together like Scrabble. And to think it may not have seen the light of living rooms:

Though words are its currency, it’s really a game about anything but. It’s a spatial game, a game of patterns and of memory. No wonder many top players have a mathematical rather than a linguistic background. You certainly don’t need to know what an obscure two-letter filler like ‘ee’ or ‘da’ means in order to play it, only that it appears on the endorsed word lists.