BAM! The usual silence of the internet café at Cardamom County is suddenly and startlingly broken as one of its large windows deflects a wayward bird. The bird, a kingfisher with feathers as vibrantly colorful as nature allows, lay still in the bush, ostensibly lifeless.

This is how my morning started, but thankfully, not how it ended. I quickly ran next door to the gift shop seeking help from Manoj, guest relations executive, thinking that he might know what to do. We approached the bush to find the bird still breathing. Manoj tugged at it gently, expecting to extract a paralyzed, fading animal. Then, with the same unexpected abruptness that it collided with the windowpane, it fluttered and flew away, as if all it needed was to be untangled from the branches it landed in. The kingfisher, disoriented, had another less than graceful clash, this time with the bushes that line the pool. Fearing again the worst, I approached, and it took flight again, finally landing as intended, perched on the branch of another of the poolside shrubs. It was stunned. As it took its time recollecting itself, I ran and got my camera to snap these photos. 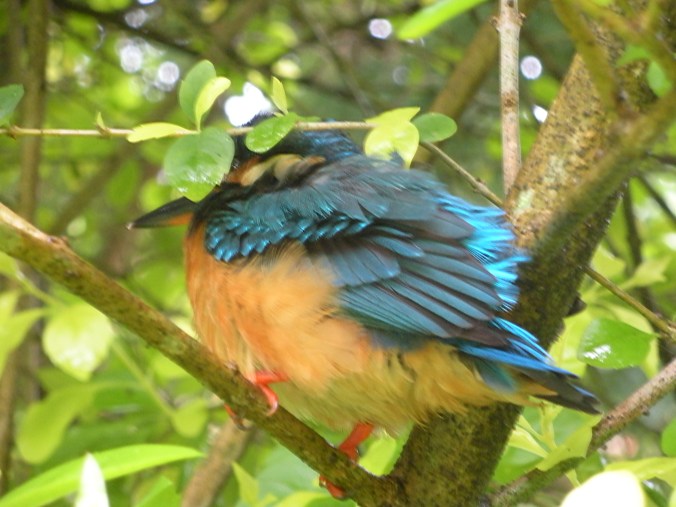 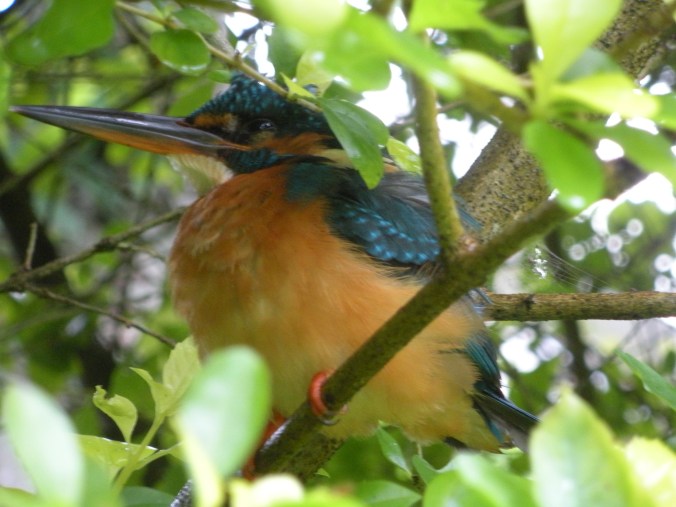 Manoj reassured me that the bird would be fine. It just needed time. “I hope,” I said. Within a few minutes, the kingfisher flew off, probably using whatever cognition it’s capable of to form a new appreciation for life.

It is said that birds are omens, symbols, creatures of meaning from a transcendent sphere of knowledge, nature and spirituality. I find myself subscribing to this belief despite its lack of scientific rationale. I’ve always had this strange relationship with birds that caused me to abandon, if only in the moments of their presence, my typical preference for logic and empirical truths. Vain as it may be, and foolish as it is to persist in this line of thought despite a recognition of its superstitious nature, I think of them as messengers, usually of whatever message I ascribe to them based on the reflection I’m experiencing at the moment that they grace me with their beauty.

This one tricked me. In the moments when I most feared its demise, it showed me resilience. When I questioned its ability to survive, it showed me triumph. If I reflect on how this kingfisher might have been a messenger for me today, the message would be this: Even if the path seems clear, life may bring you down; But in the face of these obstacles, be strong, have hope and rise up.