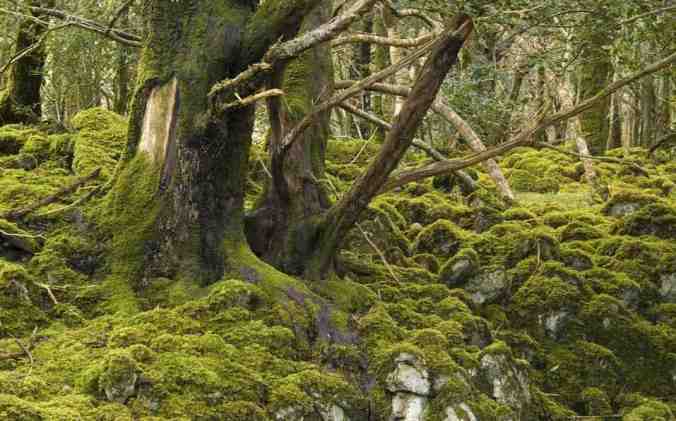 Click the image above to go to the story in Aeon (read the second half for perspective on nature in the Western Ghats):

It is Reenadinna, one of the planet’s few remaining yew woods, a virtual monoculture of coniferous yew trees (Taxus baccata). They grow here on thin mossy soil, though in some places they drape directly over bare limestone bedrock. The light is green-soaked and dim beneath the crowded canopy: it looked no different this summer than it did 30 years before. Of course, three decades is a short time in the life of a yew wood, where an individual tree can live thousands of years. But it looked no different this summer than it would have done in September 1776, when Arthur Young, the great English writer on rural affairs, visited the region and exuberated on the wooded Muckross peninsula. And by the calculation of Fraser Mitchell, a botanist in Dublin’s Trinity College, it has looked that way for millennia.

The stability of this ancient yew woodland, capable of rebuffing storms, insect outbreaks and other moderate disturbances, embodies an original tenet of ecology going back to the late 19th century. I’m talking about the so-called ‘balance of nature’. Henry David Thoreau coined the word ‘succession’ to describe the predictable and progressive development of vegetation from the weedy colonisation of newly exposed rocks to the stable and balanced state of a mature system. Bare ground is colonised by a few hardy plants. These give way to a new suite of species, which in turn can be superseded by yet more species. At last, mature vegetation (forest trees, for instance) establishes itself and persists, generation after generation. Succession was ecology’s first significant conceptual scaffolding. Upon this, the young scientific discipline was built. Nature in this view of things is stable and balanced until humankind, that agent of derangement, interferes with it, after which it can wither away.