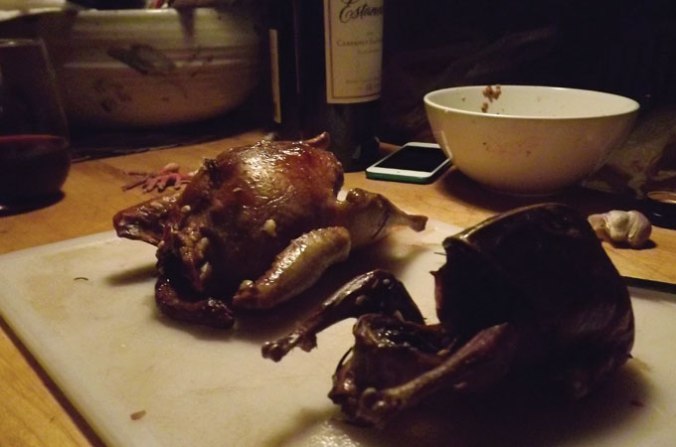 Since Phil first started posting his series on possible solutions to invasive species last year, in conjunction with the theme of citizen science that Seth has been writing about for the last couple years, we have been on the look out for citizen solutions to environmental challenges–stories that match our interest in entrepreneurial conservation. Phil’s series suggests that citizen science may be the best path to building what might be called an invasivore economy. As it happens, just after his first couple posts there was an article in Conservation that dealt with this very issue:

“We’re trying to be unsustainable,” says University of Vermont conservation biologist Joe Roman. And he says it with glee. Roman runs www.eattheinvaders.org, a compendium of invasive species recipes. He is one of a growing number of people who advocate controlling invasives by eating them. Instead of relying on toxic pesticides, expensive eradication campaigns, or risky introductions of biological control agents, “why not use our own appetites to good advantage?” he suggests.

Admittedly, the proposal is a little tongue-in-cheek. “Eating invaders is rarely going to result in complete eradication,” Roman acknowledges, though it could significantly reduce some species in defined areas. There are more “invasivores” around than you might think. Many in the increasingly trendy foraging movement promote eating invasives, even if not explicitly. In this photo essay, we present favorite recipes for invasive species from half a dozen expert foragers. Invasives can be a practical culinary choice: they’re widely available, and novice foragers needn’t worry about taking too much. Another argument in their favor is straight-up foodie-ism: “This is something that you can’t buy to eat,” says Jackson Landers of the pigeons he has hunted in Manhattan and Brooklyn. Landers, author of Eating Aliens: One Man’s Adventures Hunting Invasive Animal Species, says the birds can be lured to the hunter’s hand with “a pocketful of birdseed.” “It takes practice, but it’s poultry that’s right there.” The small birds are tedious to debone, so he opts to “cook them whole, like tiny little Thanks-giving turkeys.” Thankful for invasive species? That might be a stretch, but eating well could be the best revenge.

To go to the full article, with recipes included, click here.

2 thoughts on “Building An Invasivore Economy”