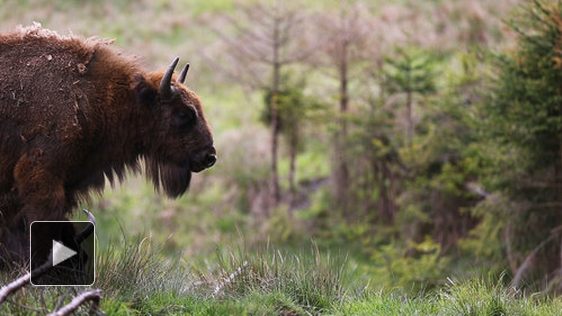 Thanks, prince (and New York Times for the video record of a noteworthy collaborative act of conservation, with a dash of altruism, and creative definition of commons):

A German prince is leading an effort to bring back the European bison, Europe’s largest land mammal, in Bad Berleburg. The animal almost went extinct in the early 20th century.