The next Xandari property that La Paz Group is developing is at Marari beach, and in my mind it could easily be called the “Beach Banana Genome Project” due to the 30 varieties of bananas being planted on site. 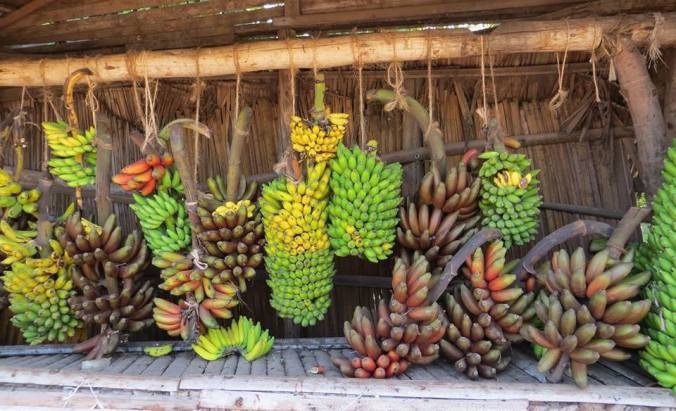 There are actually over 1000 varieties of bananas in the world, which is pretty crazy to think about since the main variety in global commerce is the Cavendish. There are red bananas, dwarf bananas, sugared-fig bananas, pregnant bananas, ice cream bananas, Popoulou bananas, the golden aromatic bananas, Macaboos, Thousand-Fingered bananas, and the list goes on. Out of the 1000+ types of bananas, grocery stores in the United States only offer one main type? Why?

That’s because our grocery stores are in a permanent global summertime, as Adam Gollner puts it in his book “The Fruit Hunters”. Because our fruits aren’t sourced locally in the United States, they must be able to endure the rigorous journey of international trade. If I hadn’t traveled to India for the summer, I would’ve probably never been offered the range of varieties I’ve gotten to taste here.

Most people in the United States won’t get exposed to a diverse range of options and therefore do not demand them. Big banana agribusiness makes is buck with monoculture. They can reliably deliver the same subpar banana.

It’s not as reliable though in the long run because monoculture invites disease. Thats why before the Cavendish banana was the world’s top banana, there was the Gros Michel banana. It was struck by a fungus called the Panama Disease, and now a mutation of that disease is threatening the Cavendish. Biodiversity acts as a natural buffer to disease but biodiversity isn’t conducive to agrarian capitalism.

Due to logging and mass urbanization, many wild banana varieties have disappeared. When Amie and I saw that there were 30 varieties planted on the new property, you can only imagine our excitement. As we talked about in a recent post, we are focusing on seed saving and planting heirloom, diverse varieties in our organic farms as a way of safeguarding biodiversity as well as just good agriculture practices. This property will be a good leader in that. We saw the list of what they are planting on site besides bananas. There will be more posts to follow on that soon!