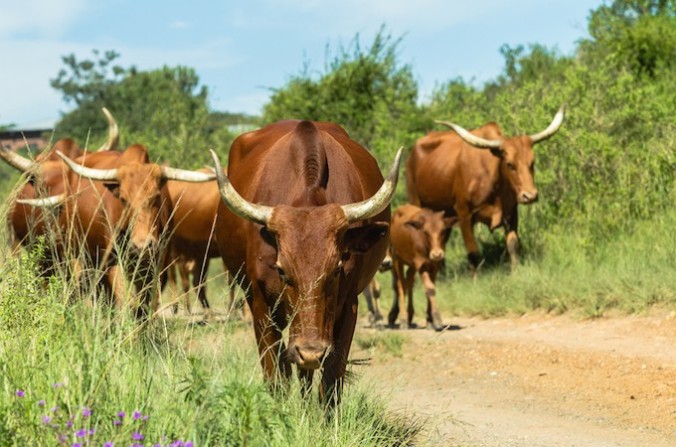 One of our most popular posts of all time, Carbon Emissions Series: Vacationers’ Diets, was an eye-opener for many of us 3+ years ago. The 10,000 views of that one post help us understand that readers of this blog care about the food they eat in more ways than one. Thanks to Conservation for this summary:

ACCOUNTING FOR MEAT: THE HIDDEN EMISSIONS IN YOUR STEAK

Each year, the average American chows down on a whopping 120 kilograms of meat. The same is true in New Zealand and Australia. Most Europeans and South Americans dine on slightly more than half that amount of meat each year. Combined that means that as a species, we’re eating some 310 metric tons of meat each year, a 300% increase in fifty years. Meat – which is the primary product of the livestock industry – doesn’t just impact our planet in terms of the quantity of animals slaughtered or the acres of land converted into suitable grazing pastures. It is also a significant contribution to greenhouse gas emissions.

The question is how to account for those emissions. Should the emissions from the livestock and meat production industries be assigned to the nations that raise the animals and convert them into meat, or should they be assigned to the nations that ultimately consume that meat? This was the question tackled by Stanford University’s Carnegie Institution for Science researcher Dario Caro and colleagues in the journal Environmental Research Letters.

They discovered that the “long-term growth in the international trade of meat since 1990 means that CH4 and N2O emissions from beef, pork, and chicken produced in one country are increasingly related to meat consumption in a different country.” In particular, meat is traded among North American countries, among European countries, and shipped from South America (mainly Argentina and Brazil) to Russia.

For the years 1990 to 2010, some 36 metric tons of non-CO2 greenhouse gas emissions were related to meat that was produced in one country but consumed in a different country. The largest portion of that is due to beef (26.7 metric tons), followed by pork (7.3 metric tons), and chicken (2.1 metric tons). The value for beef is so much higher than the others thanks to the production of methane in the cows’ digestion process.

Importantly, Caro’s analysis focused just on the non-CO2 emissions related to the raising of livestock itself, mainly from the digestive processes of ruminants (methane) and from the bacterial breakdown of manure (nitrous oxide). Other “hidden” emissions not included in this analysis are related to the agricultural production of livestock feed – about 40% of global crops are used to feed livestock – as well as the transportation of animals and the construction of farm facilities.

The problem is that whatever national or regional policies are in place that regulate emissions from livestock do not take global trade into account. And the consumption of meat is increasingly geographically disconnected from its production. Thus the growth in international trade is superimposed on two other global trends – the industrialization of mass meat production and the increasing consumption of meat – such that it is presently incredibly difficult to control or regulate the emissions from the livestock industry. The Kyoto Protocol, for example, does not make any specifications about the hidden emissions in imported meat.

What that means, according to Caro, is that the emissions contained within meat exported from the developing world into developed countries “will not be inventoried even though the demand from meat consumers…[is] contributing to the production of those emissions in another country.” Because these displaced emissions won’t be regulated in the importing countries – at least under any current set of regulations – the “offshoring” of livestock production will only be further encouraged. – Jason G. Goldman | 26 November 2014

2 thoughts on “Carbon Footprint Of Beef”