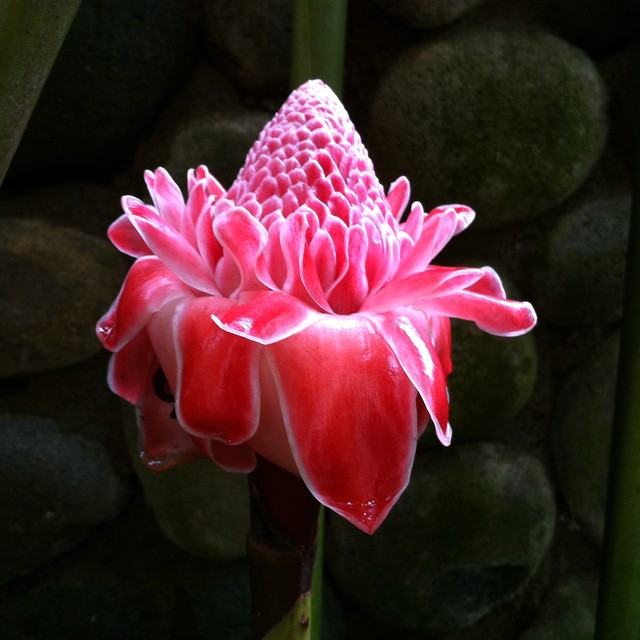 I just got back from Mindo, Ecuador, a small town with a lot to do. It’s about an hour and a half from Quito and we took a bus through winding roads in a cloud forest with beautiful sights of waterfalls along the way. Upon arriving, we promptly found a hostel and went ziplining within the first hour. After that, we did a “tarzan jump” off a 30 meter platform into the cloud forest. In the afternoon, we went tubing followed by a tour of a chocolate factory. Before dinner that day, I had a full, multi-layered sensory experience of my body in nature. It wasn’t until later, when I saw a mural on a wall, full of paintings of gringos and tourists ziplining that I realized what was missing.

“If you love Mindo, care for it and protect it.” Part of the mural. Photo courtesy of Zoe Witt.

The activities we enjoyed were fantastic, but there wasn’t a sense of place. There wasn’t a way to engage with the story of the people there. There wasn’t a presence of anything except the presence of tourist activity. This was haunting to me. Yet, it was easy enough to shake off as I immersed myself fully in the natural wonders present there.

From the orchid garden

The next day I went to a butterfly sanctuary that provided me with wonderment that I’ve never felt before. Butterflies landed on us and stayed, often with or without a little banana nectar on our hands. We witnessed a butterfly birth itself. It was beyond words to be there. Following that we went to an orchid garden that housed more than 200 varieties of orchids. There were some that only bloomed when it rained; one that only bloomed for a single day a month and then died; many with complex shapes and colors that looked like art. I was in complete awe.

In spanish, the word contar means to narrate a story, but it also means to have. This seems significant to me in relation to Mindo. I feel like telling her story is a way of maintaining ownership of it. I think that storytelling is a form of conservation of culture. I don’t know exactly what it would look like for the people of Mindo to tell their story. I don’t think it would just be offering historical tours for people. I think instead of having murals of white people, they might have murals of their own people. They would somehow be reflecting their own culture instead of tourism culture.

Both days I went to a restaurant that really made an impact on me. The chef paired flavors I could never imagine that tasted incredible. For example, for dessert we had passion fruit-basil-chili pepper ice cream in quinoa pudding! The next day I went for breakfast and they were closed, but I got into a conversation with the chef and they ended up inviting me into the kitchen to learn how to make a soup. This interaction was one of the most authentic exchanges I had while I was there. I don’t know exactly what I can take away about tourism from this except for this moment of authenticity happened perhaps when I was doing something that wasn’t scripted as a “tourist activity.” It was hospitality, which is the root of what tourism should be about. What kind of creative tourist-local interactions could we have if we just encountered the people of the place out of context of a tourist activity?

Also, what kind of tourist-local interactions could we have if we put them into the context of the history and culture of a place? What type of cultural erasure could we prevent if we let a place tell it’s story?