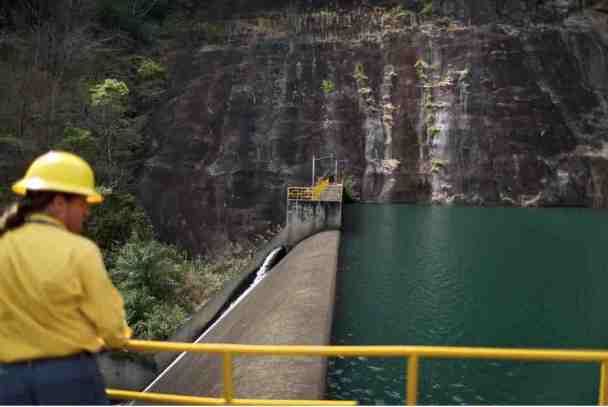 We are in the sustainable development camp through and through, but Mr. Porter’s point is well taken:

A Call to Look Past Sustainable Development

The average citizen of Nepal consumes about 100 kilowatt-hours of electricity in a year. Cambodians make do with 160. Bangladeshis are better off, consuming, on average, 260.

Then there is the fridge in your kitchen. A typical 20-cubic-foot refrigerator — Energy Star-certified, to fit our environmentally conscious times — runs through 300 to 600 kilowatt-hours a year.

American diplomats are upset that dozens of countries — including Nepal, Cambodia and Bangladesh — have flocked to join China’s new infrastructure investment bank, a potential rival to the World Bank and other financial institutions backed by the United States.

The reason for the defiance is not hard to find: The West’s environmental priorities are blocking their access to energy.

A typical American consumes, on average, about 13,000 kilowatt-hours of electricity a year. The citizens of poor countries — including Nepalis, Cambodians and Bangladeshis — may not aspire to that level of use, which includes a great deal of waste. But they would appreciate assistance from developed nations, and the financial institutions they control, to build up the kind of energy infrastructure that could deliver the comfort and abundance that Americans and Europeans enjoy.

Too often, the United States and its allies have said no. 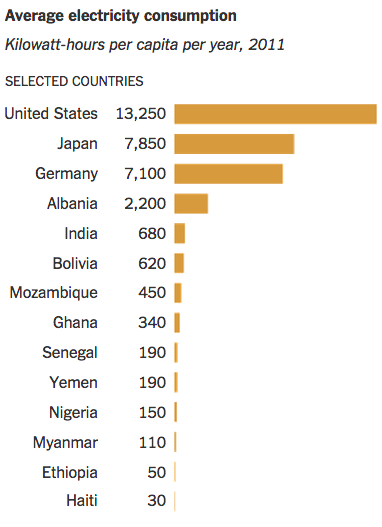 The United States relies on coal, natural gas, hydroelectric and nuclear power for about 95 percent of its electricity, said Todd Moss, from the Center for Global Development. “Yet we place major restrictions on financing all four of these sources of power overseas.”

This conflict is not merely playing out in the strategic maneuvering of the United States and China as they engage in a struggle for influence on the global stage.

Of far greater consequence is the way the West’s environmental agenda undermines the very goals it professes to achieve and threatens to advance devastating climate change rather than retard it.

“It is about pragmatism, about trade-offs,” said Barry Brook, professor of environmental sustainability at the University of Tasmania in Australia. “Most societies will not follow low-energy, low-development paths, regardless of whether they work or not to protect the environment.”

If billions of impoverished humans are not offered a shot at genuine development, the environment will not be saved. And that requires not just help in financing low-carbon energy sources, but also a lot of new energy, period. Offering a solar panel for every thatched roof is not going to cut it.

“We shouldn’t be talking about 10 villages that got power for a light bulb,” said Joyashree Roy, a professor of economics at Jadavpur University in India who was among the leaders of the Intergovernmental Panel on Climate Change that won the 2007 Nobel Peace Prize.

“What we should be talking about,” she said, “is how the village got a power connection for a cold storage facility or an industrial park.”

Changing the conversation will not be easy. Our world of seven billion people — expected to reach 11 billion by the end of the century — will require an entirely different environmental paradigm…